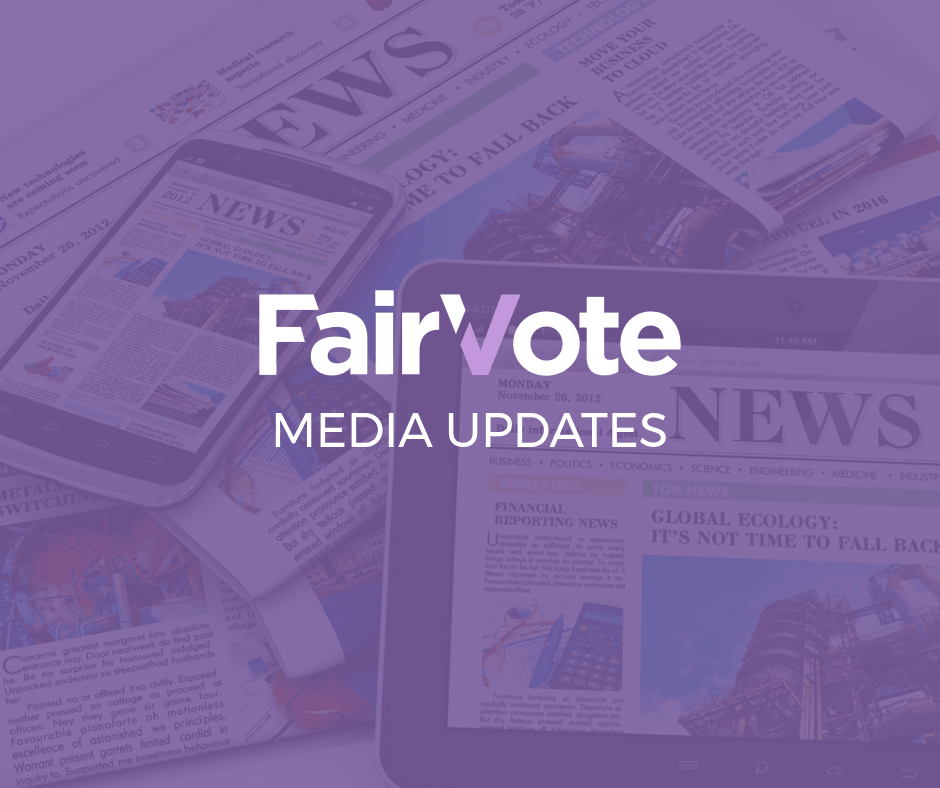 Yesterday the Justices heard oral arguments in Gill v. Whitford, a challenge to the redistricting plan. “After roughly an hour of oral argument this morning, the justices seemed to agree that partisan gerrymandering is, as Justice Samuel Alito acknowledged, “distasteful.” But there was no apparent agreement about whether courts could or should get involved in policing the practice.”

Podcast: FairVote Executive Director Rob Richie explains why over 90% of U.S. House incumbents win re-election- and what can be done to unrig our congressional races. Then Univ. of Chicago legal scholar Nick Stephanopoulos talks about how his “Efficiency Gap” measurement could be the key to the Supreme Court making a historic decision on gerrymandering.

There are seven declared candidates vying for the Democratic nomination for governor in the primary next June and on the Republican side there are three. There are a few independents running as well. “The days of party insiders anointing candidates are over-- we need new ideas, new candidates and vigorous primaries if we’re going to find our way to a better future.” Rep. Kent Ackley, a independent from Monmouth, is sponsoring L.D. 1646, a measure that will allow ranked-choice voting procedures to be implemented in the primaries next June, and in elections for federal offices; and will delay implementation of ranked-choice voting in state general elections until such time that a constitutional amendment is passed.

Historic change may be coming to a ballot near you, The Wichita Eagle (Kansas) by: Dion Leefler

The Kansas Legislature is considering a significant change in voting known as ranked choice voting (RCV). House and Senate lawmakers will hold a special hearing on ranked choice voting on Oct 27, if they like what they hear, they could fast-track a bill for the session which begins in January. This article explains how RCV works, why it’s a game changer and talks about the mixed record of success!

As Supreme Court heard oral arguments in Gill v. Whitford, this article provides insights on what led to the congressional district maps we currently have. An analysis that FairVote released in 2012 highlighted how our hardened partisan voting, winner-take-all voting rules, and gerrymandering led to an abnormal set of district maps.