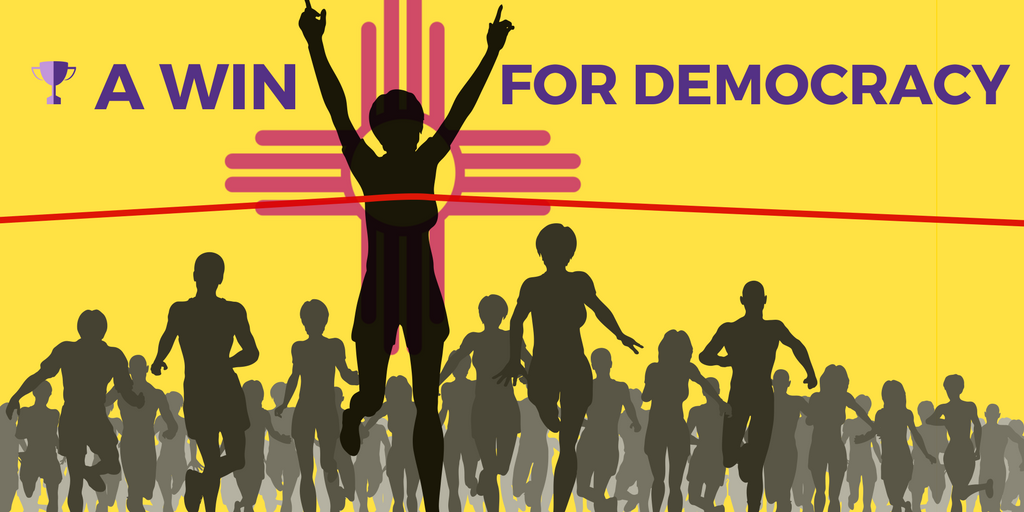 On March 6, this beautiful rite of democracy seemed more precious than usual. That’s because we as Santa Feans decided we could make our elections stronger and more representative if we changed the way we conduct them.

Clearly, I wasn’t the only one who felt this way. This was our first election with ranked-choice voting, and turnout soared across the city. Fewer than 29 percent of us showed up to vote in the 2014 mayor’s race — but almost 40 percent of us voted in 2018. That’s even higher than the number that cast ballots in the controversial soda tax election last year.

Voters got so involved because this felt like a different kind of campaign. In a ranked-choice election, candidates need to collect second-place votes as well as firsts. As a result, they work harder, talk to more of us, and eagerly seek out support beyond their natural base. Santa Feans definitely saw all candidates reach out beyond their base this year.

This campaign was especially civil and positive, another benefit of incentivizing candidates to appeal to more voters. At a time when so many political campaigns breed nothing but discord, and with the winners increasingly unable to work together, we’ve shown everyone a way to reach genuine consensus.

Our new mayor, Alan Webber, got 39 percent of all first-choice votes, and would have been elected under the old system. That’s just a plurality. In the first round, 61 percent of the voters preferred somebody else. By round four of counting, Mayor Webber earned enough second- and third-place votes to win with a remarkable amount of support throughout our city — 66 percent of us had a voice in choosing him.

Santa Fe has a mayor with a strong majority, chosen by all of us, after a campaign in which all of our votes mattered — and a five-way election in which no one had to worry about playing spoiler. If our top choice was defeated, all of us still had a voice.

We all won. Voters had more choice. Our next mayor will have true broad-based support. And now he will be able to move the city forward with a mandate, having had to address all voters and unify everyone.

So many people contributed to this victory. The city clerk, Yolanda Vigil, and her team deserve special credit for making ranked-choice voting’s debut so smooth and successful, even as results took a while to come in. Additionally, many community groups, such as Chainbreaker and Earth Care, and hundreds of civically engaged individuals also deserve credit for stepping up to ensure that our community was educated and well informed about our new voting method.

What’s amazing is that so many of us ranked: Eight out of nine voters had their vote count through the final round. Compare that, for example, to primary voters in Texas. In all of those races without a majority winner, a costly runoff will be held in May — and not only will it be more expensive to run that second election, but turnout will likely drop as well. They will pay more for a less representative winner.

Meanwhile, our turnout soared. Voters felt empowered. The city’s diversity will be reflected on the Santa Fe City Council. Our elections felt respectful and substantive. And our mayor takes office with landslide support behind him. Voters want a better democracy. On March 6, Santa Fe showed everyone that it is possible.

This op-ed first appeared in the Santa Fe New Mexican on March 17, 2018