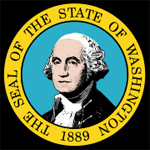 On April, 28, Washington Governor Christine Gregoire signed National Popular Vote (NPV) legislation, making Washington the 5th state after Hawaii, Illinois, Maryland, and New Jersey to sign the legislation. These five states have a total of 61 electoral votes, just less than a quarter of the 270 electoral votes needed to bring the compact into effect.

27 state legislative chambers in 17 states have passed the NPV plan, including Arkansas, Colorado, Michigan, Nevada, New Mexico, Oregon, and Vermont most recently. Introduced in 48 legislatures since its launch in 2006, the bill has earned the support of more than 1650 state representatives. Recent polls indicate more than 70% of voters across a full range of states support a national popular vote of the president.