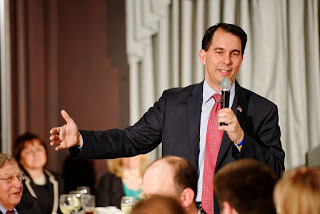 Scott Walker departs from the GOP primary contest, the second departure this month, winnowing the candidate pool down to fifteen. When the field is this crowded, the real question that follows each candidate’s withdrawal is this: who stands to benefit?

While Walker’s standing in the polls wasn’t at all strong over the past week (he earned a meager ½ of 1% in CNN’s latest poll), his decision to bow out could still change the game for remaining candidates or, in the case of Donald Trump and Ben Carson, further solidify their already substantial lead in the polls. To really answer the question of where these voters will move, we need polls that have asked Walker supporters to list their second choice candidates.

Public Policy Polling’s latest poll of Florida Republicans has done just this, and helpfully provided a full breakdown of which candidates Walker supporters listed second. Their results reveal that Trump and Carson are far and away the favorite second options. About 36% of Walker voters list Carson second, while 30% list Trump second. Other outsider candidates, like Carly Fiorina, also stand to gain.

These results are mirrored in our own ranked choice polling app. Our app lets voters rank all candidates in the Republican primary contest in order of choice. While by no means a scientific poll, this tool is useful in showing how supporters move when one candidate is removed from the race. By removing Walker in the first round of our poll (notice the minus sign next to the candidate name), we can see that the majority of his supporters list either Trump or Jeb Bush second.

The remaining contenders will see their support shift with every new withdrawal. Ranked choice polls that fully report the breakdown of voter’s second choices will provide the best window into this process. When we let voters rank candidates, they get more of a chance to describe their full preferences, and we get more information about the primary road ahead.
series Second Choice Polling