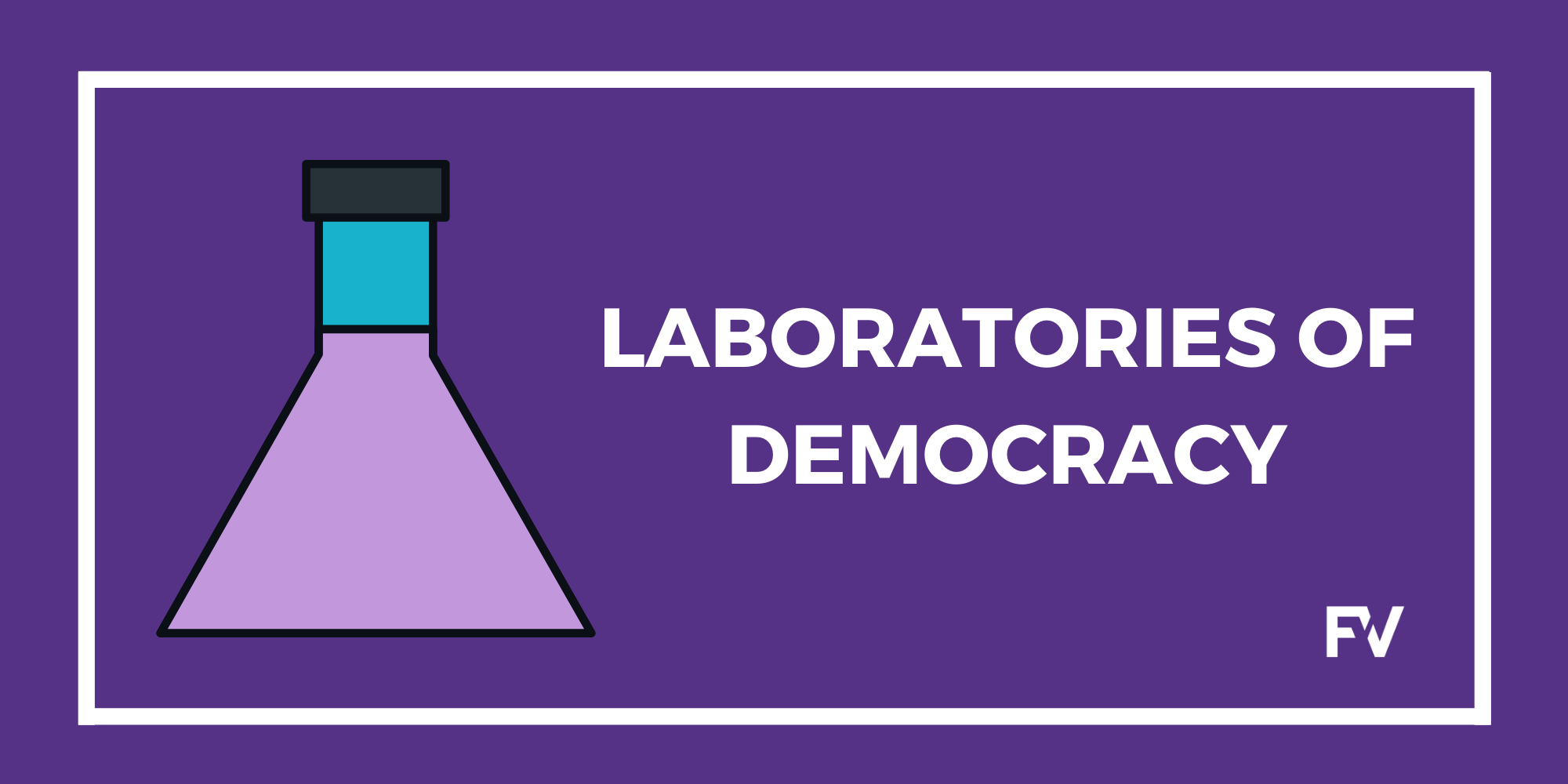 Virginia became the latest state in the Union to pass legislation allowing its municipalities to opt-in to using ranked choice voting (RCV) for local elections. The change does not take effect until 2021, but Arlington County, whose Democrats use RCV in their party-run primaries, is already considering becoming the first municipality to opt for RCV in general elections. There have also been calls by Republicans in the state to use RCV at their nominating conventions this year.

Similar “local option” legislation has been introduced in eleven other states, providing a path for RCV adoption in places that lack the political will to institute fairer voting methods statewide. Local option legislation allows cities to use a fairer voting method while enabling state elected officials to see how their constituents react to the change in voting and learn valuable implementation lessons before more widespread adoption.

As an added bonus, the idea that localities should have more power over voting methods appears to be bipartisan. In 2018, Utah enacted a local options bill, and two cities have already successfully adopted RCV. The legislation was overwhelmingly approved by the Republican controlled Utah state legislature, a scene that has now been repeated in Virginia, a Democrat run body. Both Utah Republicans and Democrats have gone on to successfully use RCV for nominations at their state conventions this year. But while both Republican and Democratic state legislators have now approved this type of legislation, it is not without its critics. Some charter cities in California have been taking advantage of RCV since as early as 2002, but Gavin Newsom, the Governor, vetoed a piece of local options legislation that would have expanded access to RCV to non-charter cities after it sailed through the state legislature in 2019.

The U.S. often likes to cast states as the laboratories of democracy, trying novel social and economic experiments that, if successful, may be adopted by other states or the country as a whole. Even though states have this reputation for innovation, structural change is challenging to pass at the state level and those in the positions to make change approach the prospect with timidity. Nowhere is this truer than in the realm of electoral reform, which has led many activists to bypass the legislature altogether and attempt ballot initiatives as a way of achieving the transformation they seek.

While ballot initiatives are a viable option in many places, local governments have also been shown to be the real laboratories of democracy when it comes to electoral reform. It was a city (Louisville, Kentucky) that brought the U.S. its first secret ballot. Cities like Seattle and New York have been leading innovators in campaign finance reform. And yes, a city (Ashtabula, Ohio) also brought the U.S. its first RCV election. Allowing all municipalities to choose for themselves what form of elections best suits their communities creates smaller laboratories of electoral reform and, hopefully through success at the local level, state legislators can become climatized to the change. If it does not convince the legislature, it may convince the people to support a ballot initiative.

A perfect example of this process working is in Maine. In 2011, Portland, Maine began electing its mayor using RCV. In 2016, when a ballot initiative instituting RCV in statewide elections was on the ballot, 72 percent of Portland residents voted in favor compared to 52 percent statewide. During the campaign, Portland residents, who make up five percent of the state population, were able to espouse the benefits of RCV and became some of the referendum’s most ardent and vocal supporters.

Local options legislation can lay the groundwork for statewide adoption by converting RCV agnostics into believers and help state election officials smoothly transition to the new process. States can also get a better idea of any costs associated with updating equipment and finalize educational material to facilitate smooth election processes. By trying all of this out at the local level first, it minimizes the possibility of any hiccups in the process with future adoptions.

Regardless of what voting method you think creates the fairest representation, allowing localities to choose for themselves what form of elections best suits their communities is, in and of itself, a democratic move. Unfortunately, many states preempt all localities from making this choice. In other states, only special charter cities retain the privilege of setting their own election practices. Still others have no explicit rules but localities assume they cannot change to fairer voting methods without express permission from the state. Local options legislation removes these barriers and allows localities to innovate, becoming the laboratories to show state legislators how RCV could build a more representative democracy in their state.