Thomas Jefferson famously wrote, “laws and institutions must go hand in hand with the progress of the human mind.” As Jefferson suggests, reform of our political institutions is not departure from the American system, but fulfillment of it. And as a new report by former FairVote intern Michael Lewandowsky makes clear, change has indeed been the tradition for our over-200-year history.

The way we elect the House of Representatives today is not required by the United States Constitution. In fact, many aspects of modern elections would be completely unrecognizable to the founding generation. In the first U.S. House elections, there were no secret ballots, no primary elections, and no rules about how - or whether - to draw congressional districts.

Congress has always had the constitutional authority to regulate congressional elections when state rules cause problems - that law is clearly articulated in Article I, section 1 of the Constitution. However, Congress has waxed and waned in its willingness to exercise that oversight. From 1842 until 1929, Congress required the use of single-winner districts, sometimes with the requirement that those districts be compact and contiguous. This stopped in 1929 with the passage of the Permanent Apportionment Act, in which Congress both fixed the overall size of the House of Representatives at 435 members and negated any regulation of House elections. Redistricting regulations ceased until until the Civil Rights era, when Congress passed the Voting Rights Act along with a new single-winner district mandate. 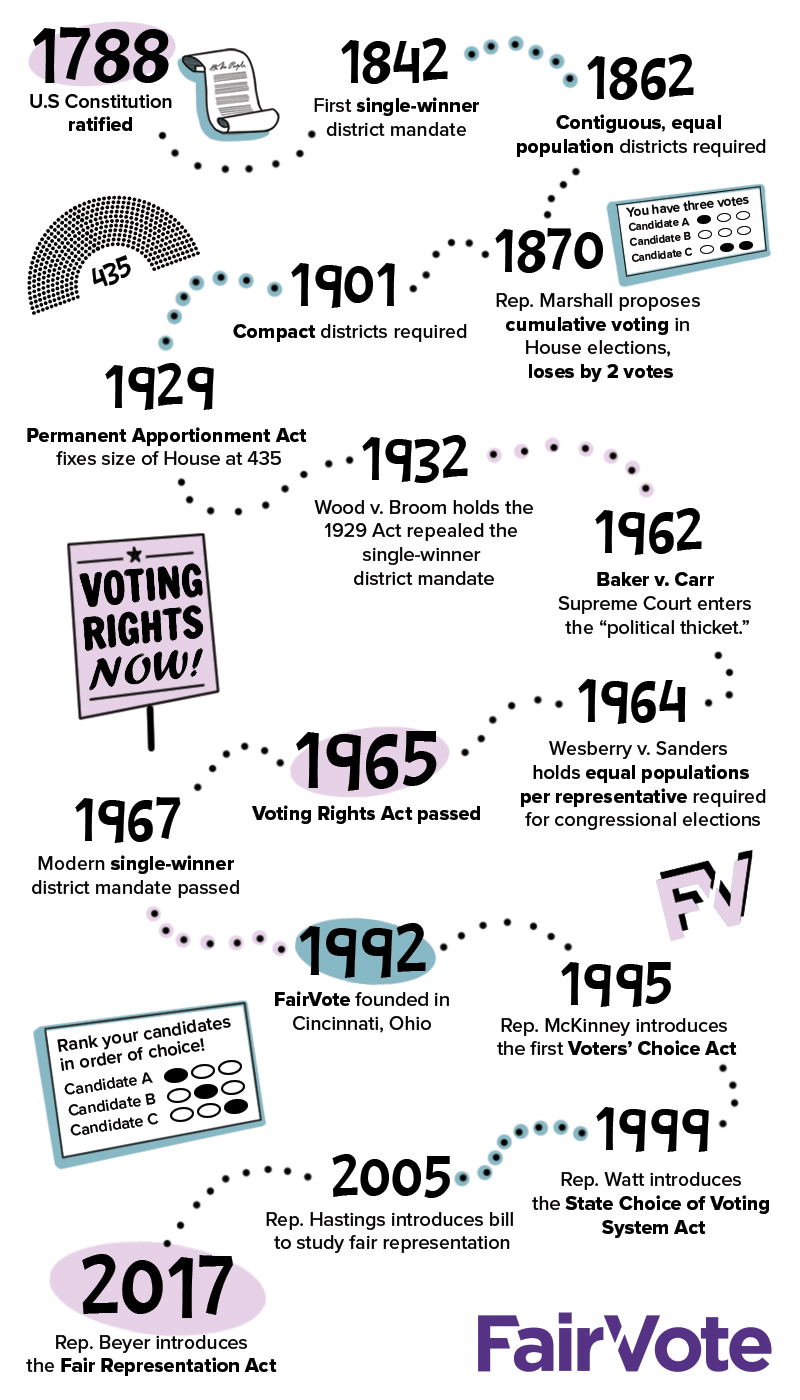 As Lewandowsky argues, the time has come to revisit how we elect the House of Representatives. We do not need to accept winner-take-all elections as the sole and inevitable way of choosing our representatives. The present system has become utterly broken by a new era of fierce partisan polarization.

The Fair Representation Act - first introduced in 2017 and soon to be reintroduced this year - represents the way forward. It draws upon a rich history of local, state and federal approaches to elections, and it stands ready to revive the American tradition of updating our laws and institution with the progress of the human mind, as Jefferson wrote in 1816.

Illustration and graphic by Mikhaila Markham