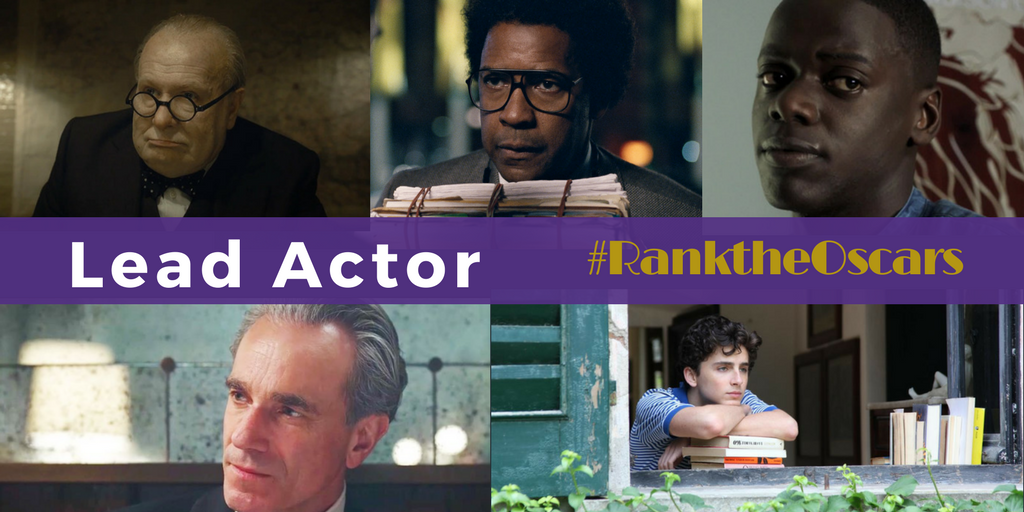 Previous multi-winners Daniel Day-Lewis and Denzel Washington along with film veteran Gary Oldman are joined by two first-timers, Timothee Chalamet and Daniel Kaluuya, in this year’s “Best Actor” category. With his announcement last year that he’s leaving filmmaking, this could be the capstone for one of the most legendary careers in Hollywood for Day-Lewis. Make your picks with our Rank It poll below.

The 2018 nominees for Best Actor in a Leading Role:

Timothee Chalamet as Elio in “Call Me by Your Name”

This is Chalamet’s first nomination.

Daniel Kaluuya as Chris Washington in “Get Out”

This is Kaluuya’s first nomination.

This is Oldman’s second nomination.