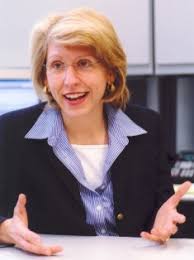 Time Magazine named 2008 the 'Year of the Youth Vote,' but Michigan's Secretary of State Terri Lynn Land is working to ensure the youth vote will be better represented not only in 2008, but in 2009, 2010 and beyond.

Two years ago, Secretary Land used the political platform of the Secretary of State office to urge the legislature to implement a policy allowing 16-year-olds to pre-register to vote.  This legislative session, 16-year-old pre-registration bills have been introduced in Michigan's State House and Senate. Last week, the House Ethics and Elections Committee heard testimony on the bill and they are expected to take action soon.

Secretary Land's plan will allow 16-year-olds to apply for a driver's license and pre-register to vote at the same time. Once they reach voting age, they will automatically be added to the state's voter registration list. The Secretary of State's office will send out a confirmation notice when the young person is old enough to vote. This plan is the kind of forward thinking we need to encourage young people to vote.

Penn State Professor Eric Plutzer notes that virtually all major research on turnout has concluded that voting behavior is, in part, a gradually acquired habit. In 2004 and 2006, young voters increased their election turnout over the previous two elections. In the 2004 general election, more than 20 million 18-29 year-olds voted, more than 4.3 million than 2000. In 2006, about 10 million casts ballots, which was 2 million more than in 2002. All signs indicate that the young adults who voted in these elections are much more likely to vote again in 2008.

FairVote commends Secretary Land for her leadership on this issue. It's been two years since Secretary Land began advocating for this important policy change, and we encourage legislators to vote Senate Bill 1136 out of committee, pass it and send it to Governor Jennifer Granholm to sign into law. This bill will help young Michiganders create a new habit-- voting.