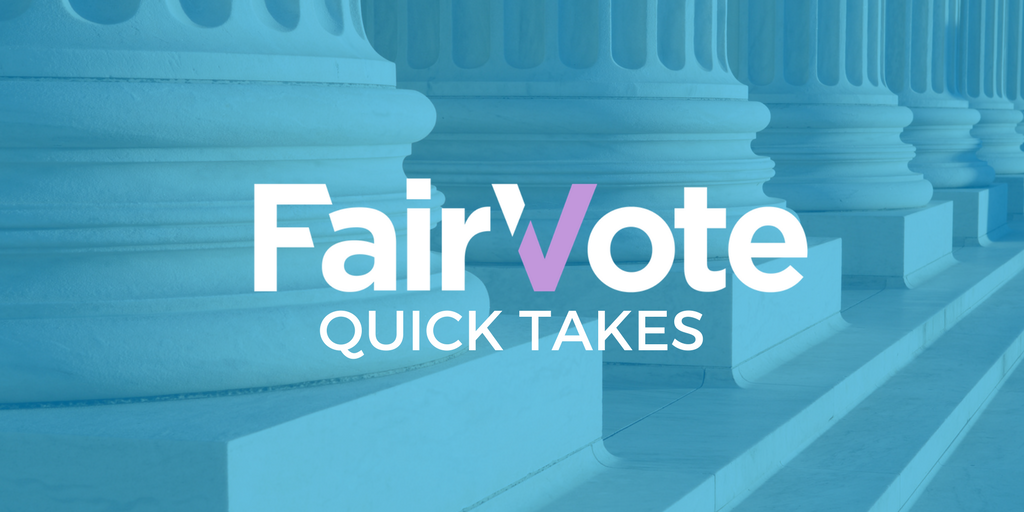 In recent piece for Salon, FairVote’s Senior Fellow David Daley takes a look at the two cases of partisan gerrymandering in front of the U.S. Supreme Court, Benisek v. Lamone and Gill v. Whitford. Rulings for the crucial cases from Maryland and Wisconsin are expected sometime between now and mid-June, though Daley warns that “no one should expect a grand democracy-saving gesture from the Supreme Court.”

“...Yes, justices from across the Court’s ideological spectrum have agreed that partisan gerrymandering is ‘distasteful.’ They have expressed revulsion over naked power grabs, entrenched majorities insulated from the ballot box, and real fear that new technology and Big Data could make everything even worse when the next redistricting occurs after the 2020 census.

What remains unclear, however, is how five justices cobble together any majority that creates a lasting long-term solution….”

With voter tracking capability in 2018 far outpacing what partisans used in 2010, Daley writes the next go ‘round will be even more precise and effective, given what the culprits are now observing in Gill and Benisek.

“The technology will only improve by 2020. Map-makers and partisans will learn from these cases and get better at hiding their work…”

The court should step in. Our democracy is on the line. However, no matter the court’s ruling, Rep. Don Beyer’s Fair Representation Act, offers a promising and creative solution, by ensuring that every vote counts and all voices are heard. With the FRA multi-member districts, new congressional maps drawn by nonpartisan citizen commissions, and voters using ranked choice voting to elect candidates would instead negate gerrymandering as we now know it.