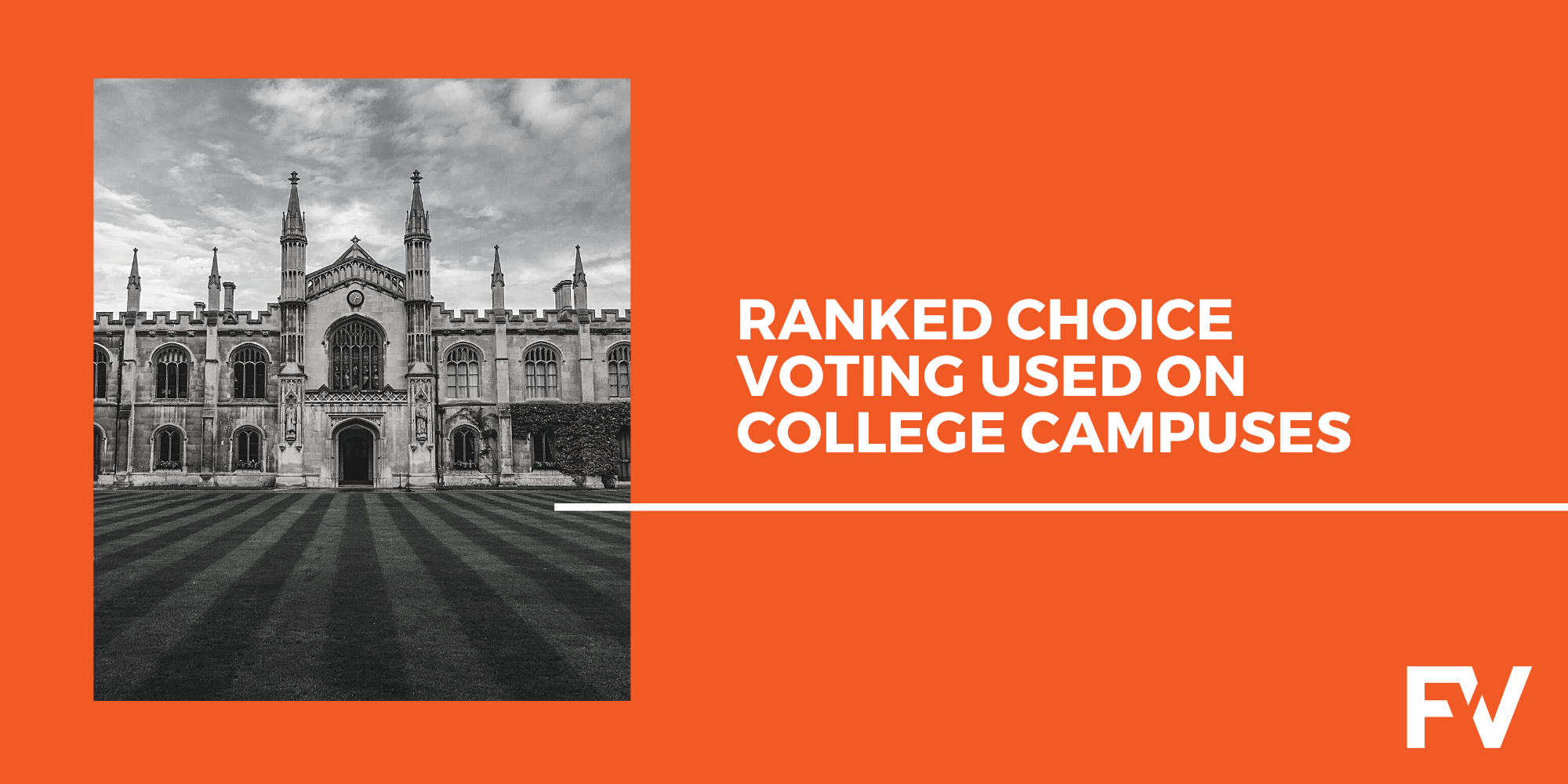 While many cities and states around the country have been debating and voting on reforming their elections with ranked choice voting, a different type of ranked choice voting (RCV) movement has quietly been growing in popularity all across the United States. Colleges and universities have increasingly turned to RCV for their student government elections in order to empower students to cast more meaningful votes, elect winning candidates with broad groups of majority support, and promote more civil campaigning. This fall, the movement for electoral reform has only grown with several new adoptions of RCV added to a growing list of campuses using RCV.

American University, based in the nation’s capital with a tradition of forward thinking political change making, voted this October to adopt RCV for all elections, including executive positions. Louisiana State University, the flagship university in the state serving tens of thousands of students, followed suit with a referendum on multi-member RCV passing with 64 percent support among the student body. Both schools will begin using RCV for all of their student body elections beginning in Spring 2021 and beyond. “With ranked choice voting, we are looking to create a more representative electoral outcome, letting students have a great say in who will be leading American University’s Student Government in the upcoming academic year,” said Sarah Gordon, American University’s election commissioner.

This fall has truly proven to be one marked with reform as the competitive national elections have made student leaders look inwards to ways they can improve their democratic institutions on campus. Colby College also adopted RCV earlier this fall to improve representation on campus, and Vanderbilt, which similarly began using RCV for their Fall 2020 elections. Even before this fall, many other schools, including Princeton University, Swarthmore College, Bowdoin College, UT Austin, and Boston University, adopted RCVin the last academic year, some of which have used it for the first time in fall elections.

Now, more than eighty schools in the United States, representing hundreds of thousands of students, use iterations of RCV in their student elections showing that younger generations are increasingly excited about the benefits of reforming election systems to bring voters more choice in the process. The reasons for these adoptions varied from improving the diversity of representation, promoting winning candidates that appealed to broader parts of the student body, and reducing the need for low turnout runoff elections which add to the complexity of the electoral process. All of these schools, though, have one thing in common: they are committed to RCV as a means of improving representation.