Allison Riggs leads the voting rights program at the Southern Coalition for Social Justice, an organization she joined in 2009.  Her voting rights work has been focused on fighting for fair redistricting plans, fighting against voter suppression, and advocating for electoral reforms that would expand access to voting. 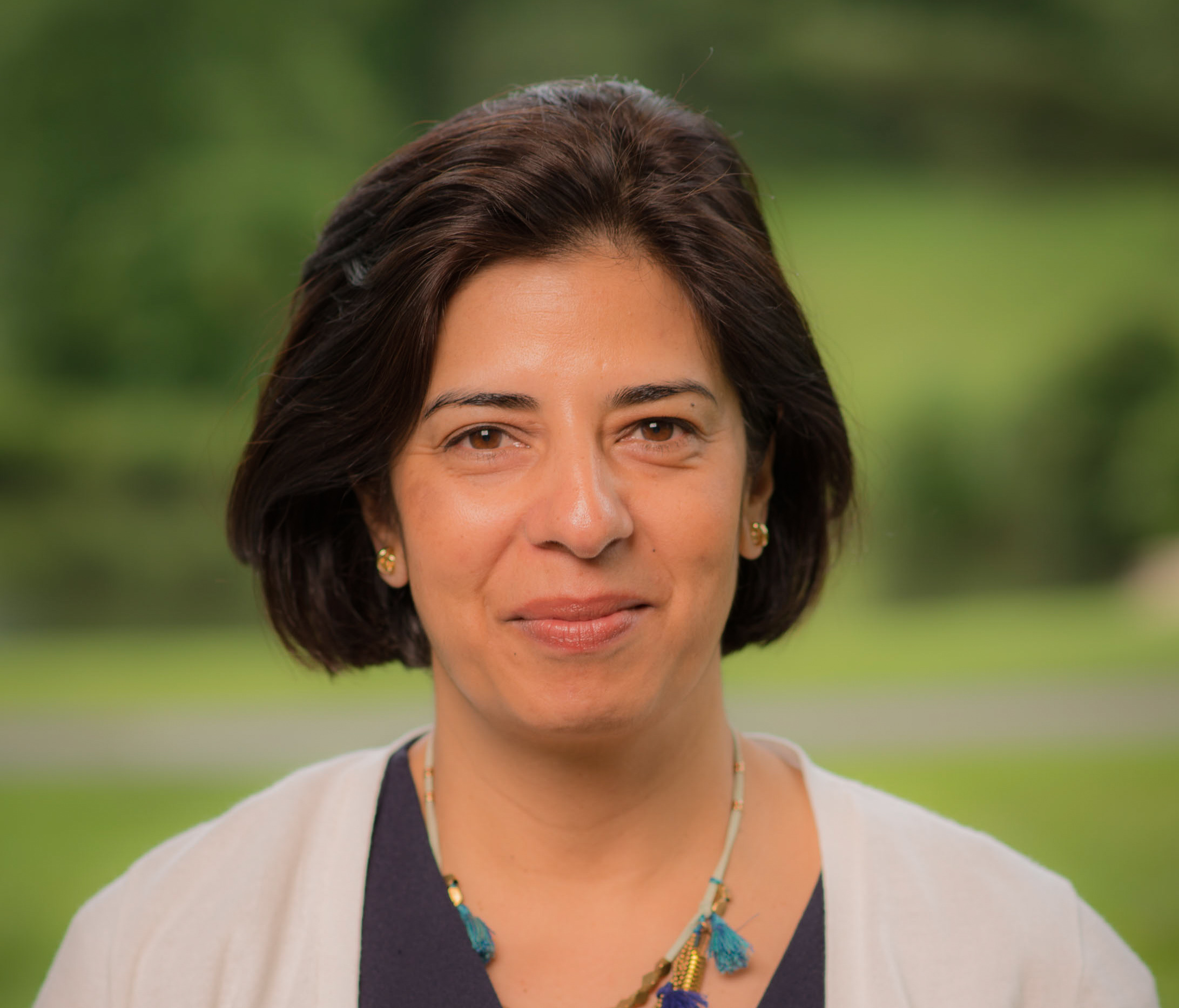 Sangita Sigdyal is FairVote's Executive Vice President, Operations and Strategies. A seasoned executive who has worked in the not-for-profit and international development fields, she brings more than 15 years of experience taking social enterprises from start-up phase to maturity and scale. Prior to FairVote, she was Director of Operations and Interim COO at the Open Government Partnership (OGP), a 75-country multilateral initiative that promotes government transparency through citizen engagement. Cynthia Richie Terrell is the founder and executive director of RepresentWomen (formerly Representation2020) and an outspoken advocate for rules & systems reforms to advance women’s representation and leadership in the United States. Terrell and her husband Rob Richie helped to found FairVote - a nonpartisan champion of electoral reforms that give voters greater choice, a stronger voice, and a truly representative democracy. Terrell has worked on projects related to women's representation and voting system reform in the United States and abroad. David Daley is a senior fellow for FairVote, the author of "Ratf**ked: The True Story Behind the Secret Plan to Steal America's Democracy" (W.W. Norton/Liveright) and a frequent lecturer and media source about gerrymandering. He is the former editor-in-chief of Salon.com, and the former CEO and publisher of the Connecticut News Project. He is a digital media fellow at the Wilson Center for the Humanities and the Grady School of Journalism at the University of Georgia. His work has appeared in New York magazine, the Atlantic the Boston Globe, the New Yorker, The Washington Post, USA Today, Rolling Stone, Details, and he's been on CNN and NPR. He earned a bachelor's degree in political science at Boston College and a master's degree in journalism at the University of North Carolina at Chapel Hill. When writing for the Hartford Courant, he helped identify Mark Felt as the "Deep Throat" source for Bob Woodward and Carl Bernstein. George Cheung is the Director of More Equitable Democracy, an intermediary focused on engaging communities of color and young people in electoral systems reform. Prior to this, he served Program Director for the Joyce Foundation’s Democracy Program and Co-Chair of the Funders’ Committee for Civic Participation. Cheung was also executive director of the Win/Win Network, an affiliate of State Voices, and founder/executive director of Equal Rights Washington, a statewide LGBTQ advocacy organization. He holds a Masters in Public Policy from Harvard Kennedy School and a Bachelor’s degree in Political Science from Brown University. Congressman Don Beyer (VA-8)
Congressman Don Beyer is serving his third term as the U.S. Representative from Virginia’s 8th District, representing Arlington, Alexandria, Falls Church, and parts of Fairfax County. He serves on the House Committees on Ways and Means and Science Space and Technology, and is a Co-Chair of the New Democrat Coalition's Climate Change Task Force. He was the Lieutenant Governor of Virginia from 1990 to 1998, and was Ambassador to Switzerland and Liechtenstein under President Obama. Congressman Beyer is the original sponsor of the Fair Representation Act. Penrose earned a B.A. in Philosophy and a B.S. in Psychology from the University of Arizona in 2006, and a J.D. from the James E. Rogers College of Law in 2012. He is licensed to practice law in Arizona, where he has also published articles on public financing of elections in the Arizona Law Review and Arizona Attorney Magazine. Kevin Johnson is the founder and executive director of Election Reformers Network. Kevin has 19 years’ experience in election reform programming, including two years with ERN, ten years as a Board Member of Common Cause Massachusetts, and seven years working on overseas democracy promotion with the National Democratic Institute. Kevin is on the Advisory Boards of Fairvote, Issue One and Voter Choice Massachusetts. Lee Drutman is a senior fellow in the Political Reform program at New America. He is the author of a new 2020 book called, Breaking the Two-Party Doom Loop: The Case for Multiparty Democracy in America," which dives deep into the zero-sum partisan trench warfare and deteriorating political institutions. Drutman also wrote, The Business of America is Lobbying" (Oxford University Press, 2015) and is a winner of the 2016 American Political Science Association's Robert A. Dahl Award, given for "scholarship of the highest quality on the subject of democracy." In addition, he writes regularly for Polyarchy, a Vox blog. He is currently writing a book about the crisis of the two-party system in America. In 2018, Neal Simon was an independent candidate for a U.S. Senate seat in Maryland, polling as high as 18 percent in the three-way race. Unaffiliated with any political party, he ran to unite the country and to bring pragmatism back to Washington.

Running as an independent, Simon witnessed the destructive nature of modern American politics. He experienced firsthand the perverse incentives that push candidates and lawmakers to ideological extremes. He saw the resistance of party leaders to pragmatic solutions to our nation's problems. And he watched politicians prioritize loyalty to their party bases over progress for the American people.

Simon holds a bachelor of arts from Brown University and a master’s in business from the University of Chicago. He and his family live in Potomac, Maryland, where he and his wife, Jennifer, love the outdoors and a variety of sports–especially those their three children are playing. Pedro Hernandez is the son of immigrant agricultural workers. His experiences growing up in Watsonville, serving as a student trustee for the local school board, set in motion his commitment to community empowerment at a young age.

Pedro brings both experience and passion to electoral reform and community advocacy. He worked as an Associate at the Law Office of Robert Rubin where he specialized in claims under the California Voting Rights Act. He served as Editor-in-Chief of the Hastings Race & Poverty Law Journal, and as Political Chair at UC Hastings La Raza Law Students Association. He previously served as an Education Equity Fellow at Public Advocates, clerked at the Equal Justice Society and California Rural Legal Assistance (CRLA), and externed at the U.S. Department of Education’s Office of Civil Rights. Rob Richie has been the leader of FairVote since co-founding the organization in 1992; he was named president and CEO in 2018. He has played a key role in advancing, winning, and implementing electoral reforms at the local and state levels. Richie has been involved in helping to develop, win, and implement: ranked choice voting in states and more than 20 cities, fair representation voting systems in numerous Voting Rights Act cases, the National Popular Vote plan in 16 states, and voter access proposals like voter preregistration and automatic voter registration.

Richie is a frequent media source and has been a guest on NBC, CNN, C-SPAN’s Washington Journal, NPR’s All Things Considered, On the Media, and Freakonomics. His writings have appeared in every major national publication, including the opinion pages of The New York Times and The Washington Post as well as in 11 books, including as co-author of Every Vote Equal, which is about Electoral College reform, and Whose Votes Count, which is about fair representation voting. He has addressed conventions of the American Political Science Association, the National Association of Counties, the National Association of Secretaries of State, and the National Conference of State Legislatures. He is a graduate of Haverford College, where he serves on its Corporation. Richie and his wife Cynthia Terrell are parents of Savanna, Lucas and Rebecca. Ruth Greenwood is based in Cambridge, Massachusetts and has been working in voting rights for over ten years. Ruth litigates a variety of redistricting cases, with a particular focus on ending partisan gerrymandering and promoting minority representation. Ruth litigated two partisan gerrymandering cases from the trial level to the Supreme Court of the United States (Whitford v. Gill and LWVNC v. Rucho), and has advised dozens of states on how to draft and implement independent redistricting commissions.

Ruth was previously the Lead Counsel for Voting Rights at the Chicago Lawyers’ Committee for Civil Rights Under Law, and prior to that a Redistricting Fellow with the Democratic National Committee’s Voting Rights Institute. She received her Masters in Law from Columbia Law School in 2009 and her undergraduate law and science degrees from the University of Sydney in 2005 and 2003.

Ruth was a 2016 Chicago Civic Leadership Academy Fellow and was awarded an Exceptional Service Award by the Chicago Board of Elections’ in 2014 for her work on Chicago Democracy Week.  Ruth is a lecturer on law at Harvard Law School.