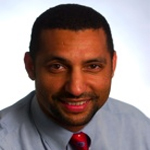 Stealing Democracy: The New Politics of Voter Suppression takes a systemic perspective on our electoral problems. The author talks about how "politicians use an invisible matrix of election rules, practices, and procedures to shape the electorate and determine political outcomes."

The best way to curb fraud by voter-registration and voter-mobilization groups is for the United States to follow many other democracies and adopt universal voter registration. Rather than trying to distinguish fraudulent voter-registration groups from legitimate ones with excessive regulation, states should assume responsibility for registering all eligible individuals to vote.

On the citizens assembly:

Independent election officials address conflict-of-interest problems, but they do little to integrate citizens into the process...

A citizen assembly would consist of a randomly selected group of average voters (much like a jury, but larger). The assembly would investigate election problems and hear testimony from citizens, political scientists, local and state politicians, and election administrators from other states and nations....The power of the citizen assembly would come largely from its credibility with the public - much like that of the 9/11 Commission that proposed intelligence and national-security reforms in the aftermath of the 2001 terrorist attacks...

With regard to redistricting, many nations avoid extreme partisan gerrymandering by employing proportional representation, which does not require single-member districts but instead allows voters to choose their own communities of interest at the ballot box.

Spencer Overton is a professor of law at the George Washington University, author, advocate and frequent panelist. He's a lead blogger at BlackProf.com.