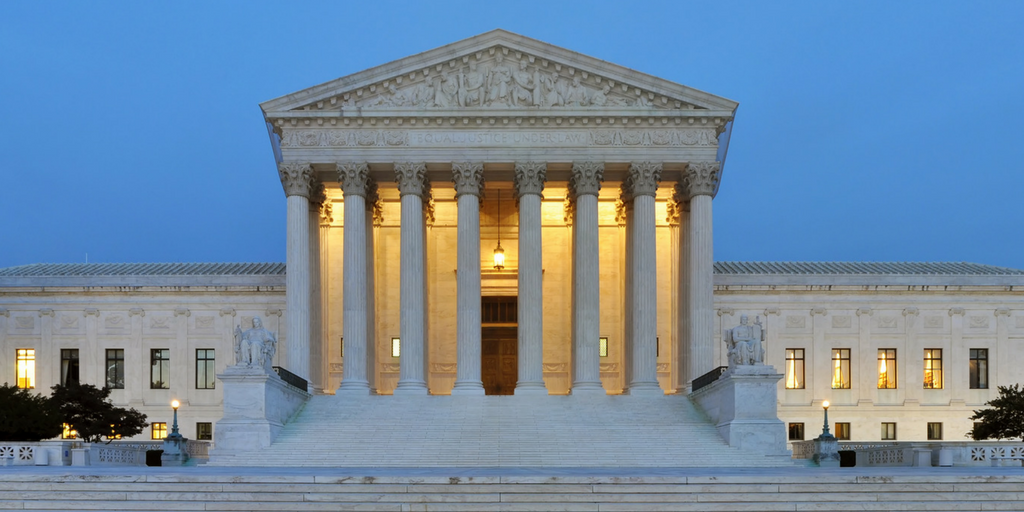 As I watched yesterday’s oral arguments, my sense was his colleagues don’t seem to share that enthusiasm. But oral arguments in Benisek v Lamone – the Maryland case that’s the second thorny gerrymandering problem before the Court this term – suggested that no one has a clear way forward.

There’s agreement on the problem: The justices concur that partisan gerrymandering is bad, or as Justice Samuel Alito has called it, “distasteful.” But anyone who hoped that the Benisek arguments would provide clarity on their thinking – almost six months after the Court heard Gill v Whitford, from Wisconsin, in early October – left the Court disappointed.

Breyer noted that the Maryland and Wisconsin cases, along with one from North Carolina still awaiting the Court’s attention, share similar themes, and that “extreme gerrymandering” seems like “a pretty clear violation of the Constitution.” Then he proposed scheduling all three cases for reargument, together. “You could have a blackboard and have everyone's theory on it,” Breyer suggested.

While the other justices seemed cool to this proposal, none seemed satisfied by any other argument or standard, either.

The Wisconsin case proposes several statistical tests of when a partisan gerrymander crosses the line and becomes unconstitutional. Maryland, on the other hand, suggests that the First Amendment provides broad protection from the use of partisan data to penalize voters for political opinions, and place an unfair burden on representational rights.

Chief Justice John Roberts famously dismissed Wisconsin’s math as “sociological gobbledygook.” But on Wednesday, other justices worried the First Amendment might be too vague.

“I still don’t understand what you want to have take place in practical terms,” Alito told the attorney for the Maryland GOP voters protesting the map. “But if I understand it, I really don’t see how any legislature will ever be able to redistrict.”

Justice Elena Kagan, who has appeared open to a gerrymandering standard, also seemed to wonder if a First Amendment partisanship test provided enough guidance. What if, Kagan asked, legislators used partisanship for beneficial purposes, say, to draw a more competitive district rather than making them safe for their own party.

The Court seems no closer to consensus or a unifying standard. More than a decade ago, in Vieth v Jubilerer, Justice Anthony Kennedy suggested that the First and Fourteenth Amendments both suggested a path forward, especially if new technologies made it easier to quantify the burden created by unfair districting. Kennedy’s vision, however, may be in conflict with itself. A First Amendment standard needs enough specificity to guide future courts. A Fourteenth Amendment solution, meanwhile, requires consensus on the math. Neither seems to exist among the nine justices right now. Decisions aren’t expected before June.