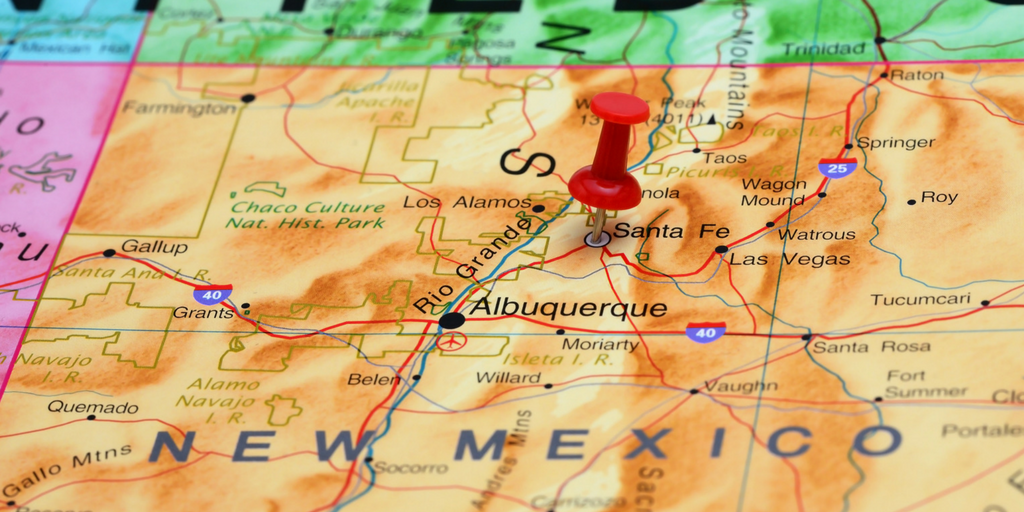 Voter turnout soared. Santa Fe voters felt empowered with more choices and with a campaign wildly hailed for its civility and substantive tone. The city’s diversity will be reflected in its elected officials. And Santa Fe has a new mayor who has the support of a landslide majority of the city’s voters rather than a low plurality.

Tuesday’s historic Santa Fe municipal voting – the city’s first with ranked choice voting – proved a resounding and dramatic success. With a short timeline since a December ruling establishing that the city would implement RCV on March 6th, Santa Fe’s government and voters met the test of a new system with flying colors.

“We all won on Tuesday,” said Maria Perez, director of FairVote New Mexico. “Voters had more choice. Our next mayor will have true broad-based support. And now he will be able to move the city forward with a mandate, having had to reach beyond his base to unify everyone.”

Santa Fe’s new mayor is Alan Webber, who won the RCV contest after four rounds. Webber was the first choice of 39 percent of voters. Without RCV, he would have won by plurality, just as six of the last 10 mayoral races in Santa Fe were decided. But with RCV Webber ultimately defeated city councilor Ron Trujillo in the final round of the instant-runoff with 66 percent of the final vote. Webber led in each of the four rounds and out-gained his opponents in all but one of the rounds in his convincing win.

The full round-by-round results are available on the City of Santa Fe's website, but we have also partnered with the Center for Civic Design to showcase these results according to the best practices identified in a prior report. That display allows the user to easily click through each round of counting to see how the votes were counted. It is available both for the mayoral contest and for the contest for Councilor District Four. For a quick display of each round of counting, see the Sankey diagram below:

Voters appeared excited to participate in the new system. With more than 20,600 voters, voter turnout surpassed the 17,022 votes cast in the 2014 mayoral election and even turnout in controversial “soda tax” special election in 2017. Turnout in 2014 was just 28 percent of registered voters, but this year may top 40 percent, which is comparable to higher-than-expected mayoral turnouts last November in RCV elections in St. Paul and Minneapolis.

Women’s representation soared as well. Women will now hold four of the eight council seats. That’s up from two seats in the current council, with both gains for women in three-candidate races. In District 2, Carol Romero-Wirth won in the first round with 53 percent of the vote, while in District 4, JoAnne Vigil Coppler led after the first round with 43 percent of the votes and then won handily in the instant runoff. Of voters out to vote for mayor, more than 97 percent cast a vote in those two city council races with RCV ballots, compared to only 94% who voted in the one contested council race without RCV.

Notably, of the 20,670 votes cast for mayor, there were only 40 “undervotes,” meaning 99.8 percent of voters who cast a vote did not skip the 5-choice mayoral ballot. There were only 26 “overvotes” (when more than one candidate is chosen at the same ranking), meaning 99.9 percent of all ballots that included a vote for mayor were valid. From the first round to the last round of the five-candidate mayoral race, the voter drop-off was just 4 percent. That means eight of nine voters who backed one of the three candidates who lost before the final round also effectively chose to rank one of the final two candidates as a back-up – a far higher ratio than the typical decline of turnout in traditional runoffs that averages more than 35 percent in federal primary election runoffs like those to be held this spring in Texas after its Tuesday primary.

“This is how RCV empowers everyone and makes all of our votes more meaningful,” said FairVote Executive Director Rob Richie. “Voters had five choices and experienced a civil campaign with a string of well-attended debates. They were able to cast a ballot for the person they most wanted to become the city’s mayor, but still have a say if their top choice was defeated. What’s so exciting is that so many of them wanted that say and took advantage of it.”

The elections themselves were run basically without a hitch, aside from a delayed release of the final results tied in part to higher turnout. Santa Fe’s innovations to introduce RCV to voters included the website: http://votedifferentsantafe.com

“We at the Ranked Choice Voting Resource Center applaud City Clerk Yolanda Vigil for putting on a smooth, successful election. Voters understood their ballots and cast votes they knew would be counted accurately,” said Gary Bartlett, director of the Ranked Choice Voting Resource Center. “This is one of the earliest a complete RCV tally has been available on election night. We look forward to working with the City of Santa Fe to realize more efficiencies and further improve the results reporting process.”

In exit interviews, voters spoke up about ranked choice voting as well.

“I was super happy to go in and rank my candidates,” said voter Ken Bauman. “I found voting to be very easy. I also found the ballot pretty easy to understand. The whole process was really refreshing.”

Mary Ann M. said, “Being able to rank my ballot was pretty exciting because there were multiple candidates that I like and that I supported. I felt like I could support them with my vote in a more meaningful way.”

Perez said that this successful municipal ranked choice voting roll out not only makes democracy better in Santa Fe, but sets the stage for additional cities in New Mexico to consider RCV. “Voters want a better democracy, and Santa Fe shows that they will be ready to embrace RCV,” she said.

Santa Fe became the 12th city in the country to use RCV today, joining San Francisco, Oakland, St. Paul, Minneapolis and several others. Maine will be the next jurisdiction to use RCV in its June 2018 federal and state primaries, while Benton County, Ore. will use RCV for the first time in November 2020.

Rich Robinson contributed to this report.