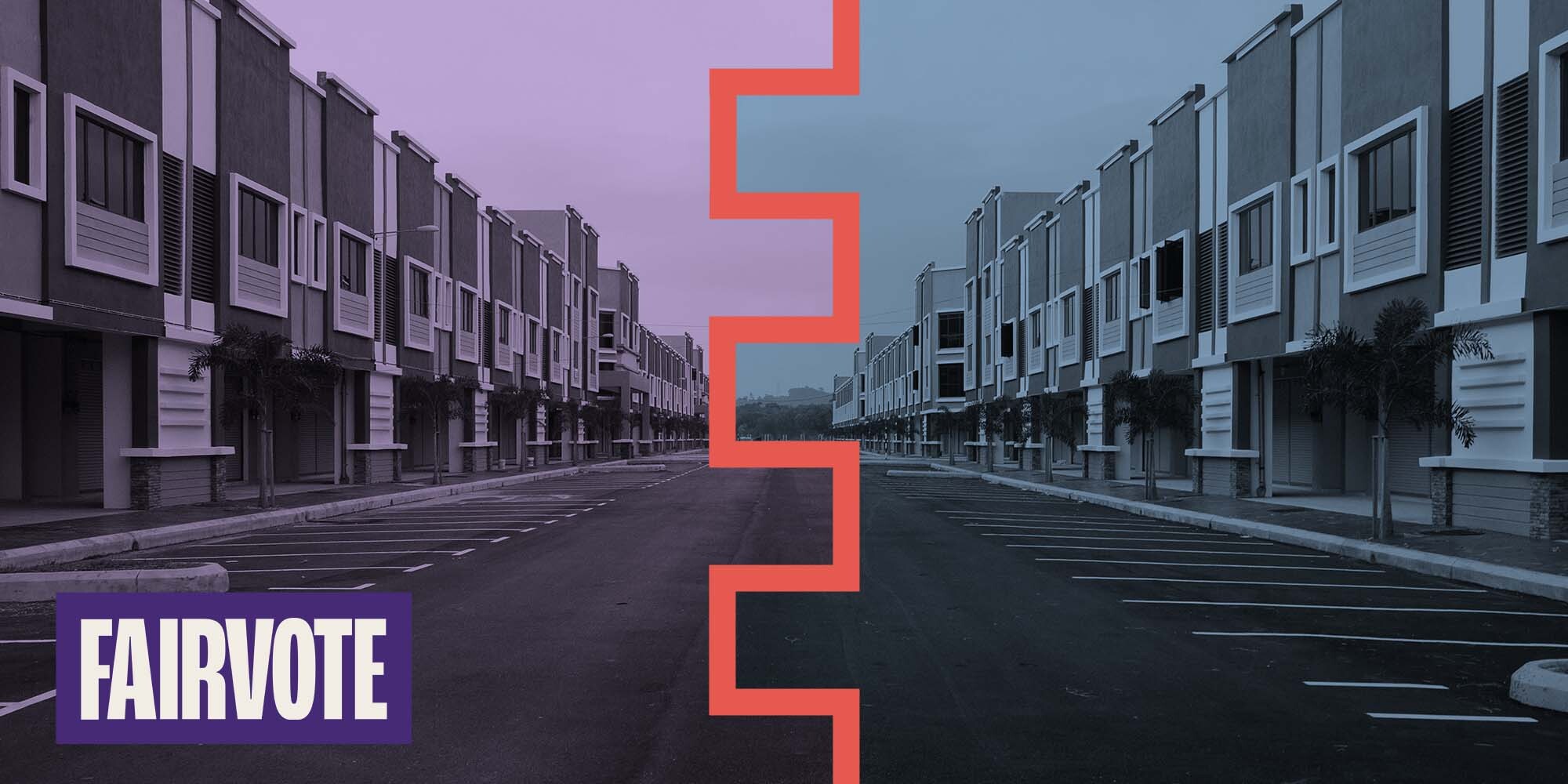 This year you’ve probably heard a lot about redistricting and gerrymandering in the news, but what does it mean, why does it matter, and what can we do to fix it? The answer to the last question is the Fair Representation Act (FRA), and for answers to the others: keep reading.

Redistricting involves the Constitutionally-required redrawing of congressional districts every ten years that takes into account population changes following the census. When redistricting is fair, new political maps accurately reflect population shifts and maintains communities of interest. Gerrymandering, too often a result of redistricting, is a way for the ruling party to stay in power by strategically drawing maps that benefit them. It’s an abuse of power that allows elected officials to choose their voters, instead of the other way around. This reduces the power of voters, limits fair representation, and diminishes the strength of our democracy.

Across the country, a number of states are in the throes of redistricting, and legislators are attempting to gerrymander districts to benefit their parties. Here are a few of the most recent and most heated examples.

Governor DeSantis vetoed the recently passed Congressional map despite the fact that it favored Republicans 18-10. Florida’s proposed map would break up the previously-created 200 mile Northern Florida district and instead create a smaller Black opportunity district in the city of Jacksonville. DeSantis opposed this idea, claiming that it violates a U.S. Supreme Court precedent. He has called the legislature back for a special session, which is slated to meet between April 19 and 22.

The first Congressional map proposed by the General Assembly was invalidated by a state court following a lawsuit by Fair Maps Maryland, citing partisan gerrymandering. This was the first time during the redistricting cycle that a map proposed by a Democrat-controlled legislature was overturned. However, on Monday, March 28, the General Assembly introduced a new map and by Tuesday, March 29, the Maryland Senate approved the map, 30-13, along party lines. The new map was signed by Governor Larry Hogan.

Ohio has made headlines with its hotly contested redistricting process. In January, the Ohio Supreme Court invalidated the map proposed by the Republican-led legislature and governor, finding it violated Ohio’s constitution with its extreme partisan unfairness. On March 2, the Republicans on the Ohio Redistricting Commission approved a new edition of the map, even though it created the same partisan breakdown as the first map. This map is also being contested; however, arguments against these new maps won’t be heard until after the May 3 primary election, meaning that candidates will run in districts that have the potential to be overturned.

The Fair Representation Act would resolve all this chaos once passed by Congress. The act has 3 main components: 1) ranked choice voting; 2) multi-member districts; and 3) requiring use of independent redistricting commissions.

Ranked choice voting (RCV) allows voters to easily rank the candidates in order of preference. When tallying votes, the candidates with the fewest top-choice votes are knocked out of the running, and those who ranked them first are able to get their vote counted toward their next choice. RCV encourages candidates to build a wide, strong coalition of voters in order to win.

Multi-member districts mean that larger districts are created, with multiple representatives elected per district. This breaks the power of gerrymandering and allows for a proportional approach to representation. For example, in a hypothetical 10-seat district with 1,000 voters, where 40% vote for liberal candidates, 20% vote for moderate candidates, and 40% vote for conversative candidates, the district would then be represented by 4 liberals, 2 moderates, and 4 conservatives. This means that the interests of all voters will be better represented and consensus will be incentivized in policymaking.

The Fair Representation Act is a comprehensive plan that will bring an end to gerrymandering and promote competitive, reflective elections. It would build a more representative government where all voters are able to express their preferences equally and create an environment where candidates are encouraged to create broad coalitions of voters instead of just appealing to a small population of “base” voters.

In times like these, with the chaos of redistricting, gerrymandering, and hyper-partisan politics, it can be easy to feel distressed. But there are viable solutions we can achieve together! The Fair Representation Act would make significant progress to achieving a better democracy. We encourage you to reach out to your congressperson to promote the Fair Representation Act, and know that together we can achieve better elections.