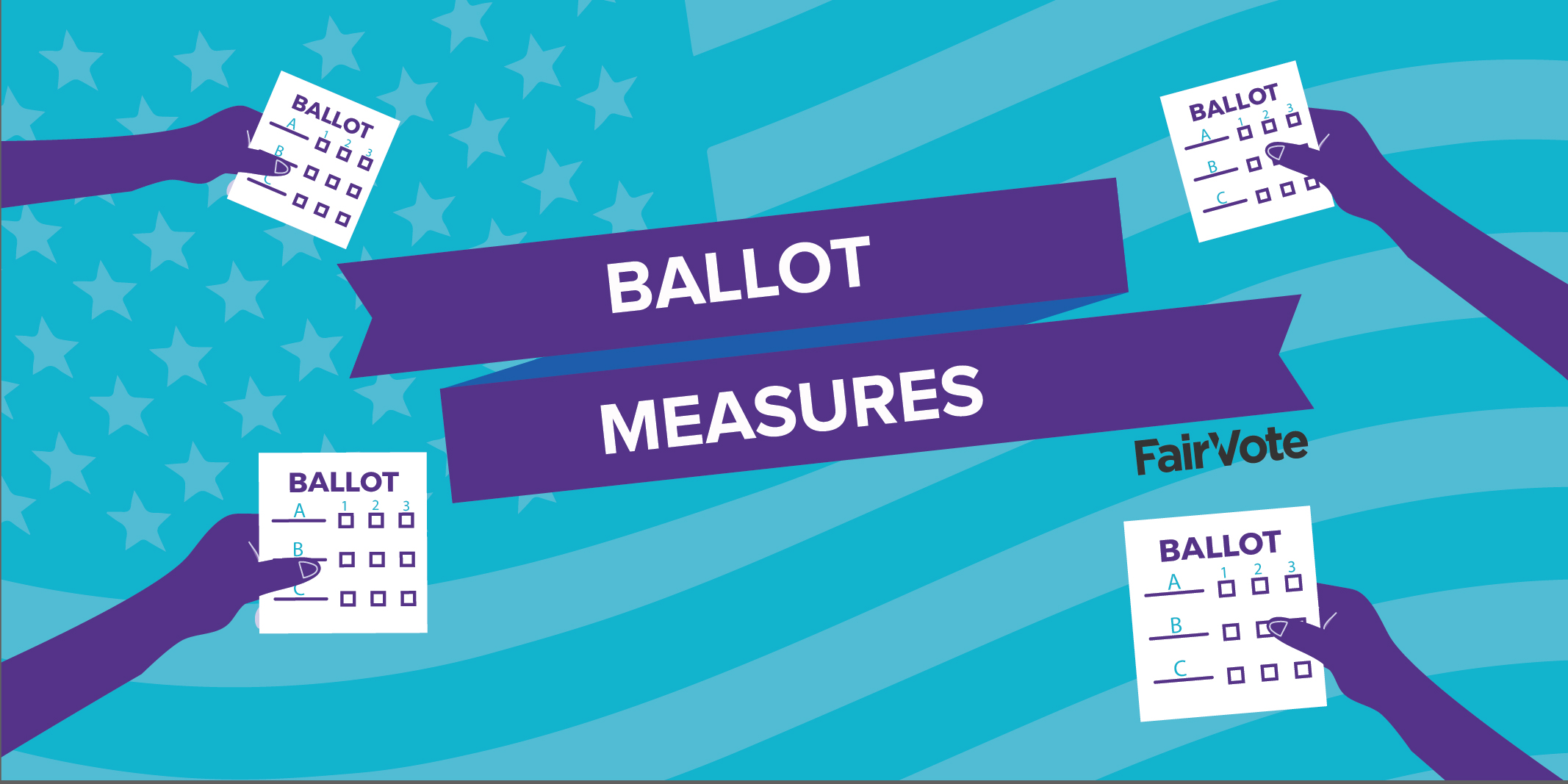 Ranked choice voting (RCV) ballot measures have a track record of success. From 2016-2021, there were 20 measures to enact RCV on the ballot, including four statewide measures and 16 measures in cities and counties. Of those 20 measures, there were 18 victories. In the last 13 cities to vote on RCV in 2019-2021, voters have approved each one, with an average victory margin of nearly 30 percentage points.

Below are the confirmed ballot measures for November 2022, each of which would implement forms of RCV. The ballot measure in Nevada is a citizen's initiative. Four local measures were referred to the ballot by local charter commissions, and five were placed on the ballot by a city council. Here are more details on these measures.

Nevada voters will vote on a state constitutional amendment to establish a "final five voting" system, after Nevada Voters First collected sufficient signatures to place on the measure on the ballot. With final five voting, voters would vote for one candidate during a nonpartisan open primary, then in the general election would use RCV to choose among the top five finalists. The state Supreme Court upheld the measure, and on July 20th, the state confirmed its place on the ballot. Implementation will require a vote of approval in both November 2022 and November 2024.

On Tuesday, June 14, the Charter Commission in Oregon's largest city of Portland voted to refer a measure to the November ballot that would implement ranked choice voting for all offices and the proportional form of RCV for city council elections. The charter amendment package would establish four city council districts, each of which would elect three council members via proportional ranked choice voting. If the measure passes, Portland will be the largest American city using proportional RCV, with over 600,000 residents. You can read more about the ballot measure in this statement by the Coalition of Communities of Color, and see a demonstration of how proportional RCV works here.

On July 14, 2022, the Seattle city council voted 7-2 to place a charter amendment on the ballot that would establish ranked choice voting in the primary election, with the two finalists from the RCV tally advancing to the November elections. Voters will first vote on whether they want to change the primary election system from its current limited vote system, then vote on whether they support an RCV primary or approval voting primary. The largest city in Washington State, Seattle has had a strong RCV movement for years, grounded in the work of groups like FairVote Washington and More Equitable Democracy.

On December 8, 2021, the Clark County Charter Review Commission voted 11-4 to put an RCV ballot measure on the 2022 ballot. Clark County is Washington’s fifth largest county – just over the Columbia River from Portland, Oregon, and home to the city of Vancouver and over 400,000 residents. You can read more about the measure in this guest blog by FairVote Washington.

On June 29, 2021, the Multnomah Charter Review Committee voted 9-1-1 to place a referendum on the ballot, asking voters whether to adopt RCV for elections in Oregon's most populous county, with more than 800,0000 residents. Find out more from Oregon Ranked Choice Voting.

On July 11, 2022, the Evanston City Council voted 7-0-2 (2 abstentions) to place a referendum on the ballot, asking voters whether to adopt RCV for local elections. A city of more than 70,000 people, Evanston lies north of Chicago and is part of the greater metropolitan area. Find out more from FairVote Illinois.

On June 21, the Fort Collins city council voted 6-1 to advance a ranked choice voting ballot measure for mayoral and city council elections to the November ballot. The state of Colorado passed legislation in 2021 allowing cities to adopt RCV for municipal elections. If the measure passes, Fort Collins will become the largest of six Colorado cities and towns in using RCV. Follow the advocacy campaign with Ranked Choice Voting for Fort Collins.

The Ojai city council voted to place a measure enabling the city council to pass RCV by ordinance on the November ballot. Likely in its proportional form, RCV would apply to city council elections. Learn more from this Ojai Valley News article. California RCV is an in-state advocacy organization.

On June 22, 2022, a charter commission in Maine's largest city voted unanimously (12-0) to enable the city council to pass ordinances to use proportional ranked choice voting for any of the city's multi-winner elections. Ranked choice voting already is used for all city elections based on two prior charter amendments approved by the voters. Find out more from the League of Women Voters of Maine.

See our resource page on past ballot measures.