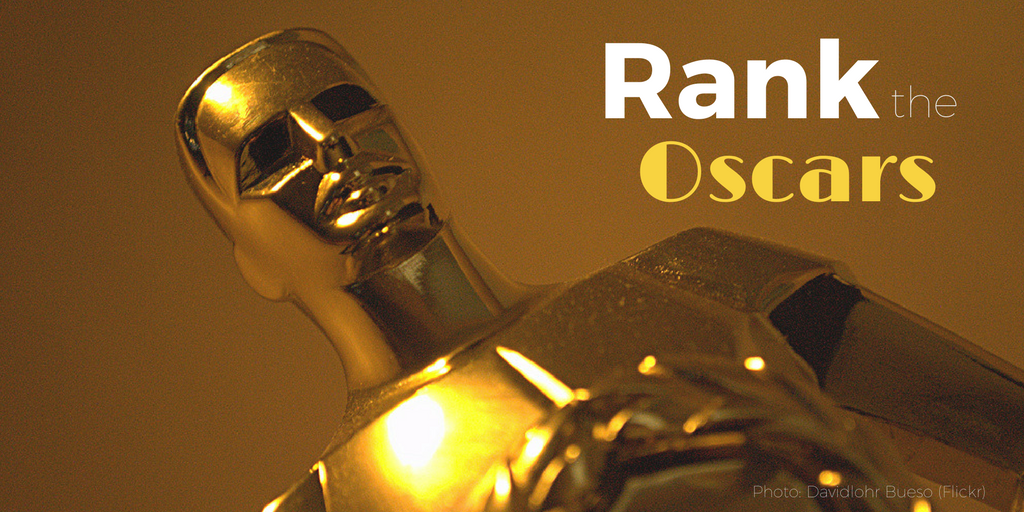 It’s election season again! No, not the midterms, but the Academy Awards, where ranked choice voting (RCV) proves that it works for more than just political elections. When the official nominations are announced on February 8th, many of us will ask ourselves which film we want to win, and I bet we all subconsciously rank them too. Was ‘Dune’ your favorite movie from this year? What was your second favorite? Was it ‘King Richard’? How about ‘The Tragedy of Macbeth’? This is how ranked choice voting works: if your first choice doesn’t win, you are still able to express support for your second, and third choices, which still have an opportunity to win the big prize.

In the case of The Academy, over 9,300 people from the film industry pick the nominees. The Academy uses proportional ranked choice voting, in which members in each branch of The Academy vote for up to five candidates in their respective category. For example, actors vote for the nominees for Best Actor. In order to receive a nomination, a candidate must receive approximately 17% of the votes. It works something like this: the candidate who receives the lowest number of votes is removed from the race and the votes they received are distributed to the voters’ second choices. This process continues until five candidates have reached the 17% threshold. If, however, one nominee sails past the 17% threshold, each individual who ranked that candidate first, gets a fraction of their vote back and that fraction be applied to their second choice. This way, no votes are wasted, and almost everyone sees a nominee they are happy with up for an award.

“The idea of the preferential ballot is to reflect the wishes of the greatest number of voters. Otherwise you might end up with a movie that, say, 25 percent of the people love and the rest can’t stand… This way, hopefully, you have a winner that most people can live with.” - Ric Robertson, chief operating officer of The Academy when it implemented RCV in 2009

Spoiler alert: this works for picking our politicians too! RCV allows voters to decide which candidates we like and would be happy with, without having to anxiously pick the one that we think has the greatest chance of winning.

Now we all know that The Academy has not been the best role model for representative and equitable elections. But that isn’t RCV’s fault! In fact, proportional RCV is helping to mitigate the problem. After the #OscarsSoWhite scandal that rocked its reputation in 2015 and 2016, the Academy has attempted to make its awards and its member demographics more equitable, in part by expanding its use of RCV. By 2020, The Academy had doubled the number of female members from 1,446 to 3,179 and tripled their members of color from 554 to 1,787. Also in 2020, as part of their larger initiatives to help make The Academy more equitable and representative, The Academy implemented a reform to elect the Board of Directors using RCV instead of a runoff. In 2021, it released a larger set of diverse nominations, with nine actors of color nominated, including two Black women up for Best Actress, and two men of Asian heritage up for Best Actor. Additionally, two women were nominated for best director and Chloé Zhao became the first woman of color to be nominated and win Best Director for ‘Nomadland.’

This year, movies like ‘King Richard’, ‘The Tragedy of MacBeth,’ and ‘West Side Story,’  are in the discussion, all of which feature actors of color. Actors and actresses like Will Smith, Denzel Washington, Jennifer Hudson and Ariana DeBose are all being considered as well. While the film industry and the Oscars have a ways to go to achieve equitable representation, RCV has allowed for films that include stories by and of people of color to not be pitted against each other, and allows them each to shine. It also shows that in a more representative voting pool, RCV will result in a greater diversity among nominees.

The use of RCV at the Oscars shows how easily we are able to use ranked choice voting and how easy it would make picking political candidates. Ranked choice voting is the fastest-growing voting reform in the country, and when the midterms arrive, think of how much easier it would be with RCV.