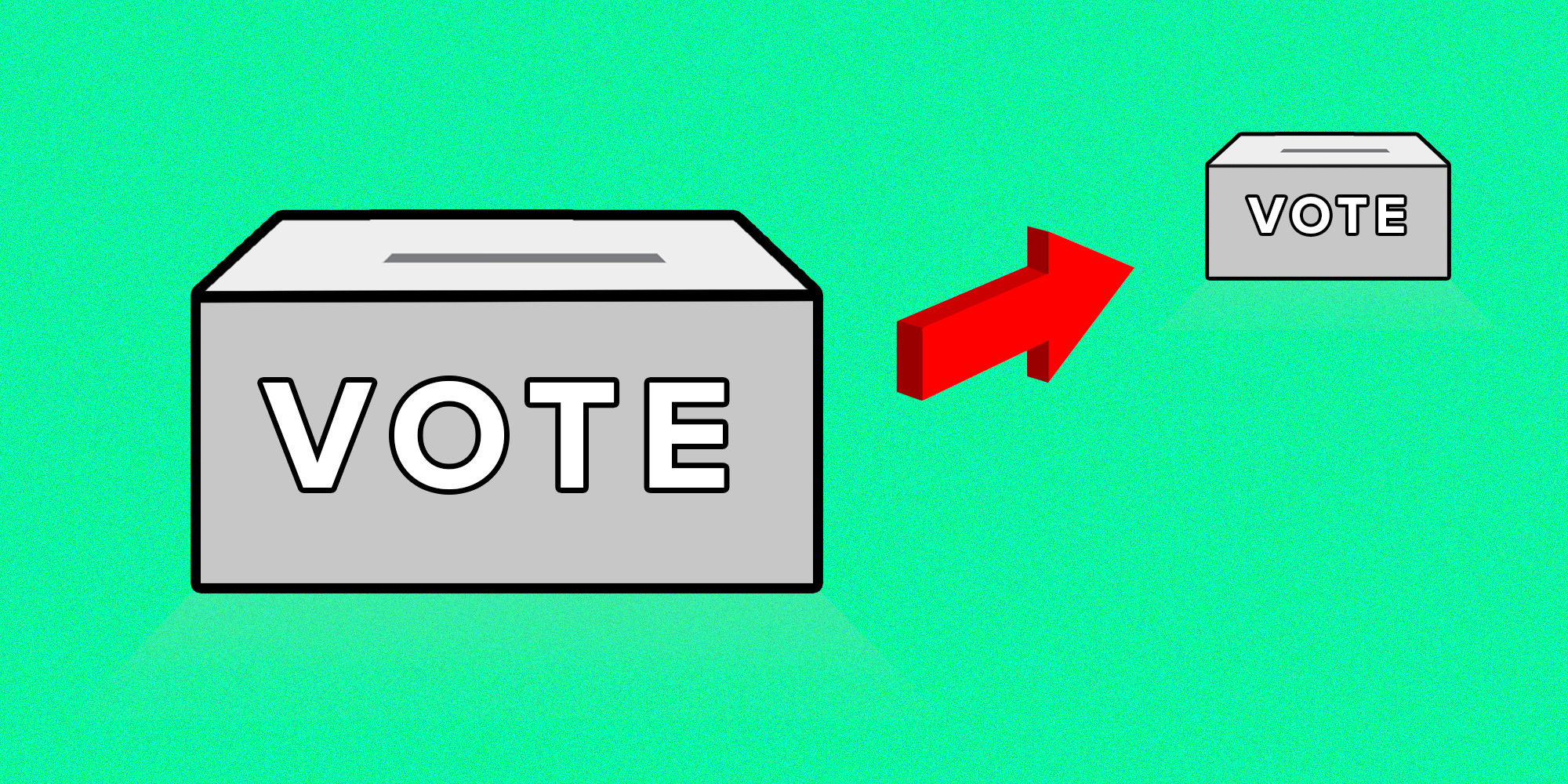 The dog days of summer summon last calls for barbecues, beach trips, and, in Oklahoma, runoff elections. Primary runoffs, when no candidate receives a majority (more than 50 percent) of votes, have been on the state’s books for more than four decades.

Stakes are high for Tuesday’s runoff, which gives voters the power to decide victors for the Republican nomination for governor and a record-setting number of county, state and congressional primary races — whatever voters participate, that is.

Although turnout in June topped participation in the 2014 and 2016 primaries, expect fewer voters Tuesday if recent history is any indication.

Turnout in Texas, one of seven states that regularly holds primary runoffs, plummeted by an average 46 percent in the 82 federal runoffs held since 1994, according to FairVote analysis. This year, half of congressional primary runoff winners earned fewer runoff votes than in the first round.

Turnout decline is where the runoff’s intent to protect a majority-rules democracy dissolves. Instead, Oklahomans find themselves saddled with the same problem faced by plurality elections across the country, where many key primaries were won with less than 35 percent of the vote. And in a heavily Republican state, the GOP primary victor often sweeps the general election contest as well.

Factor in the $1 million per election price tag estimated by Election Board spokesman Bryan Dean, and it’s no surprise there are calls to abolish the runoff. Proposals include traditional plurality voting, lowering the majority threshold, and a “jungle primary” (used in California in which the top two primary vote-getters advance to the general election, regardless of party affiliation). Each eliminates a few problems posed by primary runoffs, but also brings new hang-ups.

Ranked choice voting offers a sensible way to make elections better for voters and less costly for taxpayers. Eleven cities across the country use RCV for their municipal elections, with at least five more poised to start. Maine used RCV for its crowded gubernatorial primaries in June and this fall will be the first state in the union to use for its federal representatives.

It’s an easy system where voters rank their candidates in order of preference. When the ballots are counted, if no candidate earns a majority of support (50 percent plus one), the candidate with the fewest votes is eliminated, and those who ranked that candidate as ‘number 1’ have their ballots go to their next choice. This “instant runoff” process of eliminating the last-place candidate and having their votes go their next choice continues until a candidates wins with more than half the votes.

The turnout drop-off problem posed by a two-round runoff system disappears, and, in fact, participation often increases thanks to a sense of greater voice in the decision-making process.

Taxpayers save money by eliminating a costly, unneeded election. Although there is a cost to changing voting methods, estimates are almost always too high. Maine originally projected a $1.5 million cost to implement RCV, but the June primaries wound up costing about $80,000 more due to RCV.

What’s most important is to protect the principle of majority rule and ensure nominees truly represent their constituents. Perhaps come 2020, Oklahoma primary voters will choose winners in one efficient, higher turnout election.