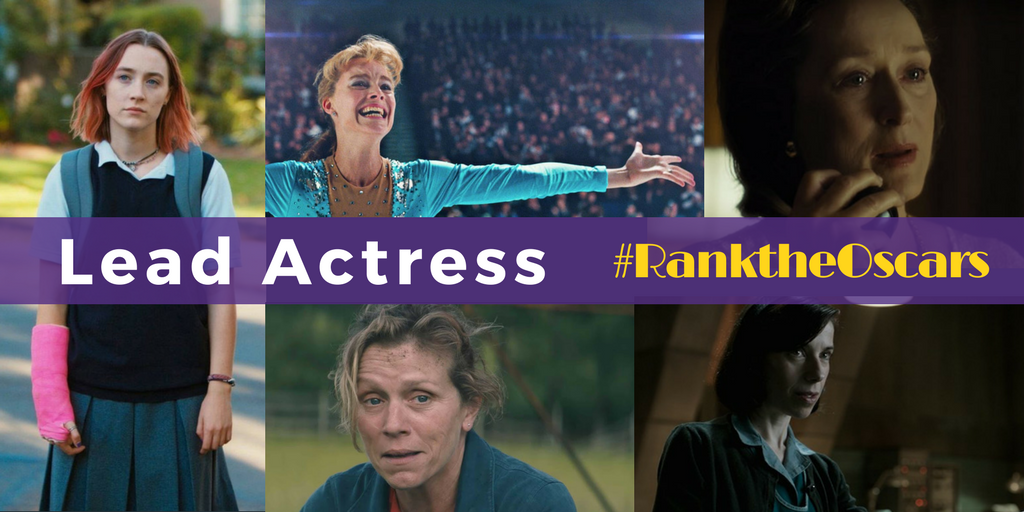 Meryl Streep and Frances McDormand, two of the women vying for Best Performance by an Actress in a Leading Role are a pair of Hollywood’s most solid actors. They are joined by three relative newcomers, including one actress who received her first nomination this year. And remember, you can vote for your favorites with our Rank It poll below.

The 2018 nominations for Best Actress in a Leading Role are:

Sally Hawkins as Elisa Esposito in “The Shape of Water”
This is Hawkins’ second nomination.

Frances McDormand as Mildred Hayes in “Three Billboards Outside Ebbing, Missouri”
This is McDormand’s fifth nomination; She previously won Best Actress in a Leading Role” for her performance in “Fargo” (1997).

Margot Robbie as Tonya Harding in “I, Tonya”
This is Robbie’s first nomination.