Intro to the Fair Representation Act

Below, discover how the FRA will provide better representation for voters, including creating opportunities for "political minorities" like Democrats in Oklahoma and Republicans in Massachusetts, while still preserving majority rule for the majority party in each of those states.

In states with six or more Representatives, the Fair Representation Act would create multi-member districts of 3-5 members each.

Each of these districts would elect their Representatives using proportional ranked choice voting. FairVote's projections suggest that every district in the country with 3 or more members of Congress would elect at least one Republican and at least one Democrat. These bipartisan districts create better partisan representation for the voters, create incentives for legislators to collaborate across the aisle when they share a constituency, and drastically reduce the number of voters who are "locked out of representation," currently estimated at 70 million voters.

For example, consider Connecticut. Each of Connecticut's five districts is considered a "safe" Democratic seat. With 58% voting Democrats and 42% voting Republicans, Connecticut would elect all five seats statewide using proportional ranked choice voting, allowing for a more reflective representation of the electorate.

The Fair Representation Act, while decreasing the number of district lines to be drawn in the state -- drastically curbs the ability of district-drawers to gain a partisan advantage. 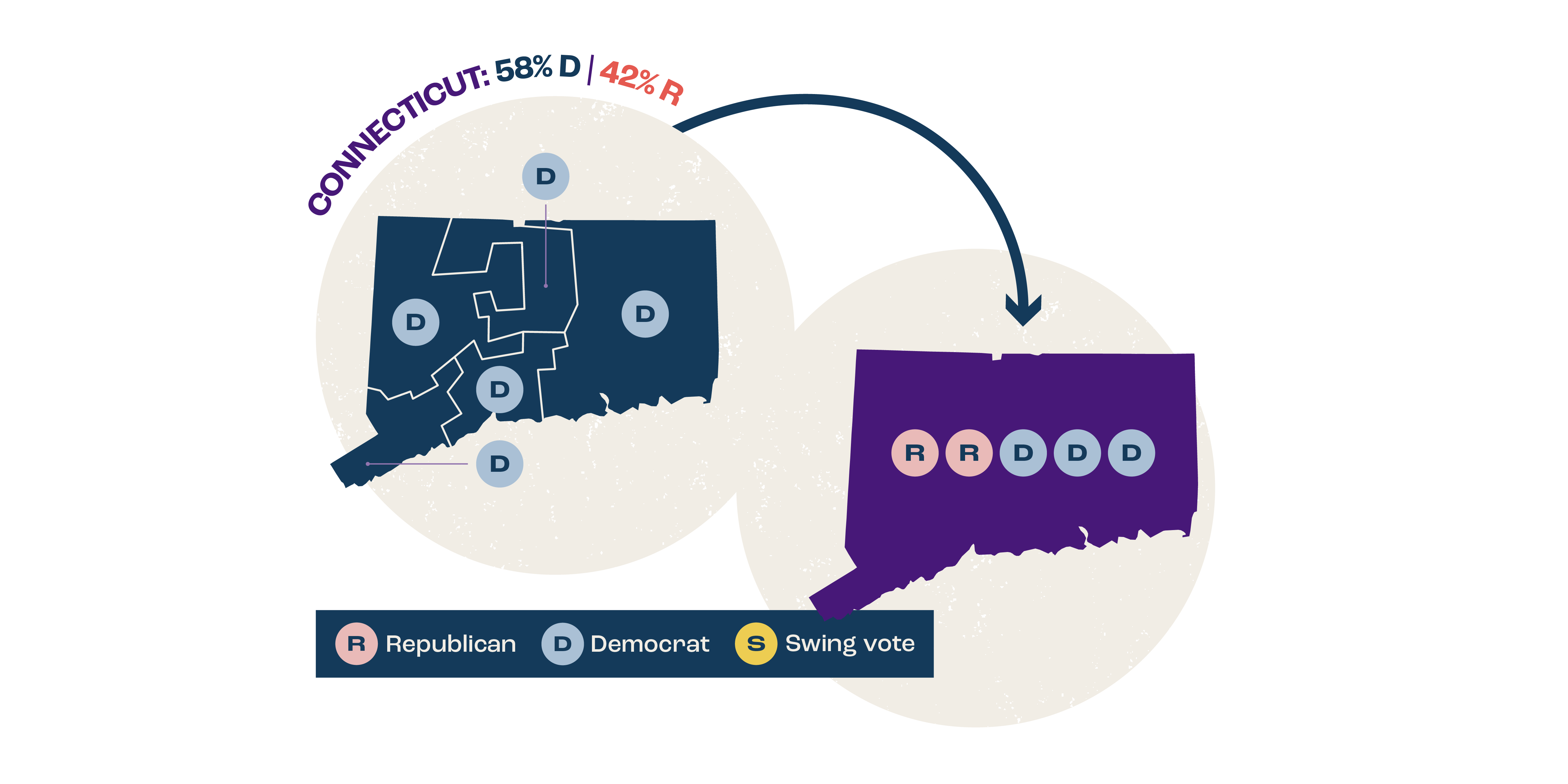 The Fair Representation Act in small and medium-sized states

The Fair Representation Act transforms states with five representatives or fewer into a single statewide district that elects up to five members.

Twenty-three states elect five representatives or fewer, so those states would no longer need to draw congressional districts at all.

This provides more accurate partisan representation for Oklahomans and creates at least one "swing seat," giving voters a meaningful say in election outcomes. It also frees Oklahoma lawmakers from the expensive, time-consuming redistricting process every decade.