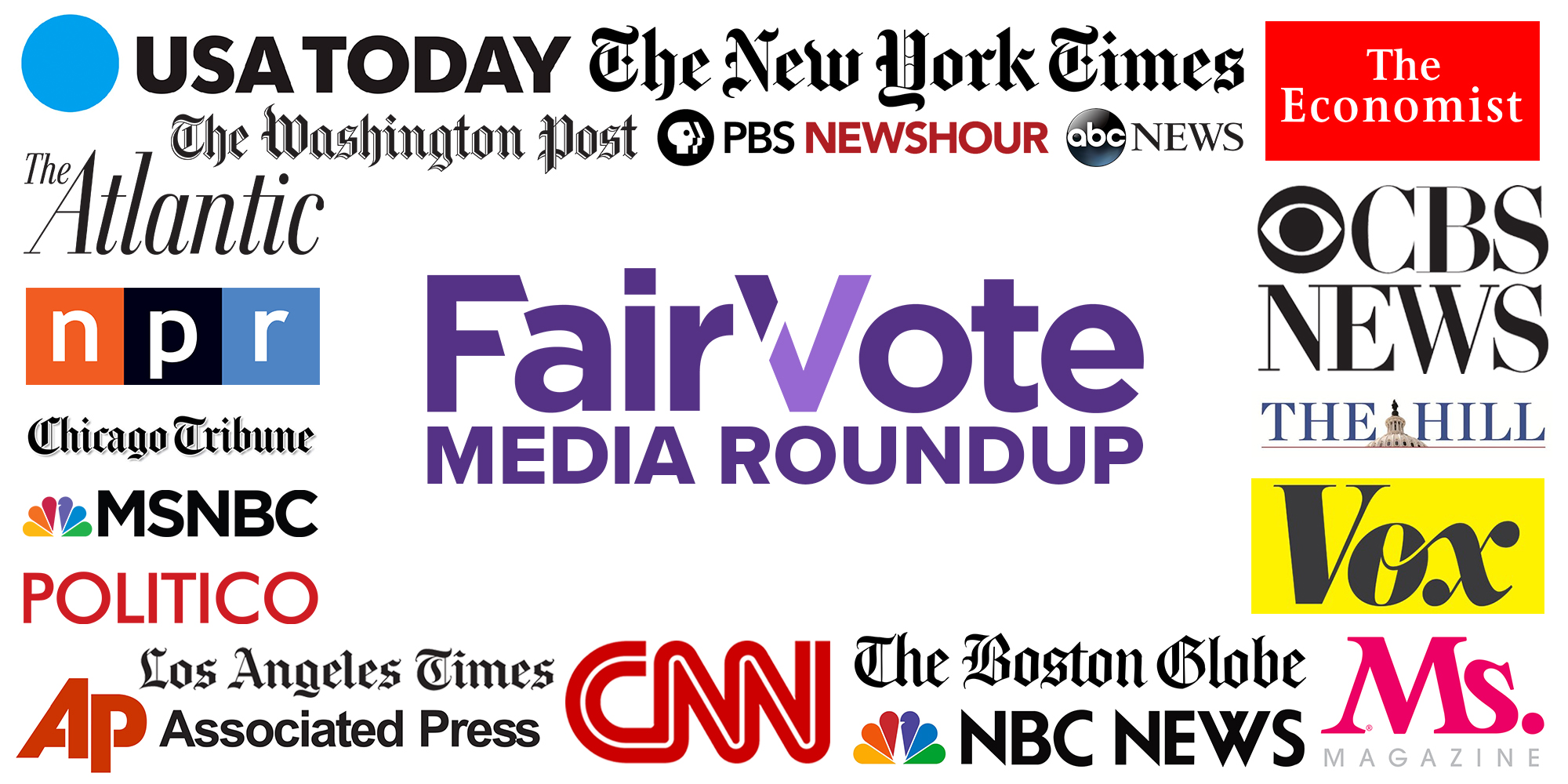 Big changes are coming to Iowa’s 2020 Caucuses Common Dreams
The Iowa Democratic Party is changing its caucuses to increase voter participation, including use of ranked choice-style ballots for proxy voters

Is this the year for a redistricting revolution? The Atlantic
Redistricting reform is becoming increasingly popular, with support from Arnold Schwarzenegger and Barack Obama, voter-led ballot initiatives in several states and high-profile Supreme Court cases.

An idea for Electoral College Reform that both parties might actually like Politico Magazine
Ohio State University law professor suggests adding a majority rule principle to the Electoral College, with use of ranked ballots as one way to achieve this