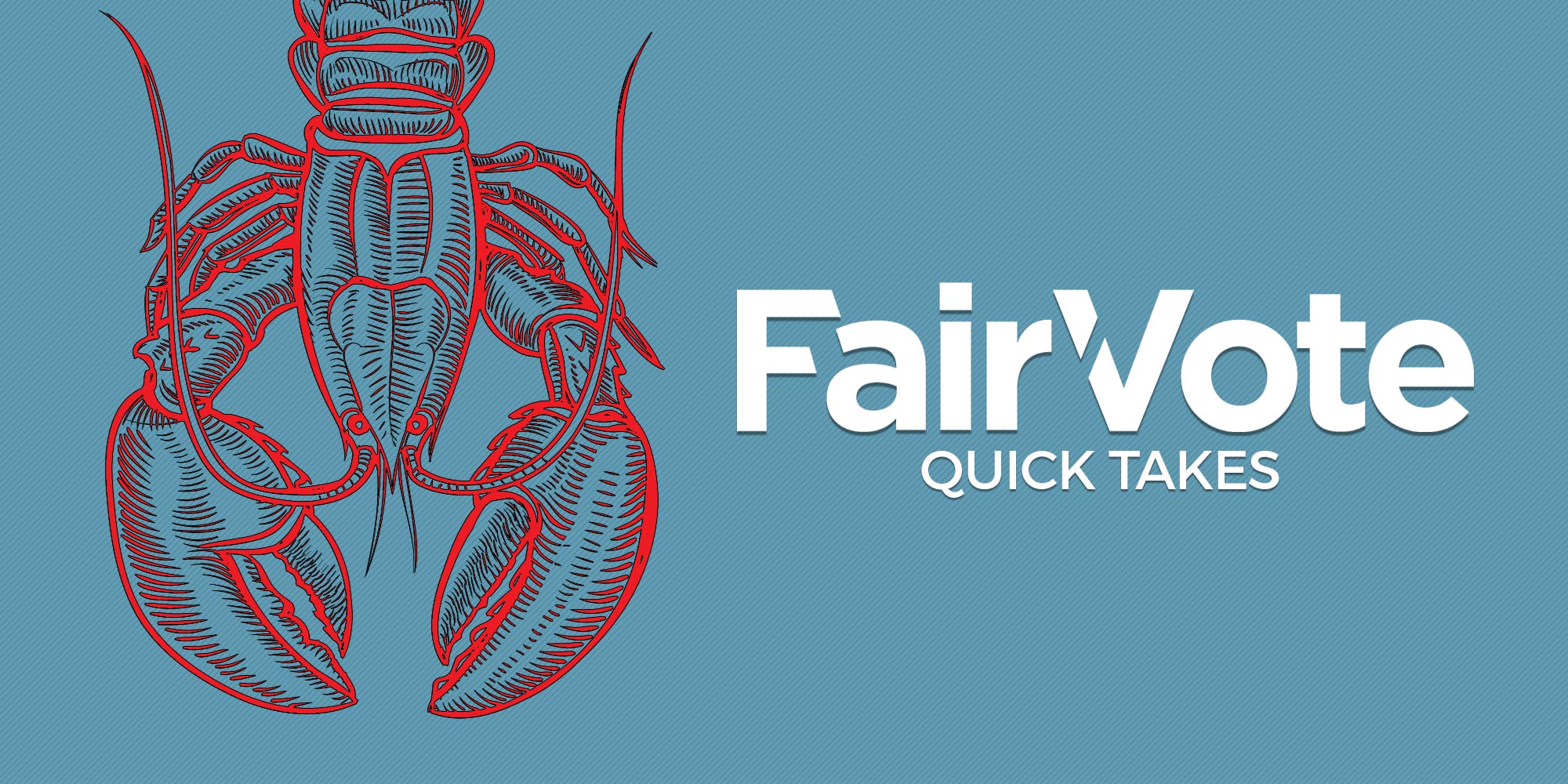 After Maine’s first successful use of RCV for congressional elections in 2018, calls for expanding the system to state offices abounded, with accompanying legislation submitted. At the same, critics seek to remove the system altogether, propping up their opposition on misleading claims about the state’s election traditions. Majority support is not a new concept in Maine. In fact, from Maine’s statehood in 1820 through 1845, it elected congressional representatives with a system that not only promoted majority support, but required it.

In Maine’s early elections, candidates were simply written on paper and dropped into a box. “Ballots” weren’t really ballots, but rather a list of a party’s preferred candidates, distributed to voters for them to cast. If no candidate earned majority support, the election was considered unsuccessful and another election, or “trial,” was conducted, just like the first one. This process continued until a candidate reached 50 percent support, winning the election.

Then and now, majority support was the goal, but the inefficiency of Maine’s original system was evident. With many elections came many trials some taking weeks, months, and even years to be decided. Examples include Maine’s first-ever congressional elections in 1820, in which four of the seven seats were decided by simple majority, while the other three moved on into a second trial, then a third. The final representative wasn’t elected until Sept. 10, 1821.

The 1843 congressional election is yet another example. The election began on Sept. 11, but after only three of the seven representatives were elected in that first trial, it took five more rounds - and over a year - for the final seat to be filled. The last multi-trial election was shortly thereafter, when Maine implemented the winner-take-all system to eliminate the inefficiencies posed by the original system.

The more recent switch to ranked choice voting similarly resolves inefficiencies while retaining the same majority support concept. Contrary to what opponents may argue, it does not reject the state’s electoral traditions but rather upholds them, guaranteeing a fair fight as Dave Daley, FairVote senior fellow, wrote in a recent op-ed for Democracy Journal.

“It gives voters more power, eliminates spoilers, and ensures a winner that the broadest number of people might support. That’s good for democracy…”