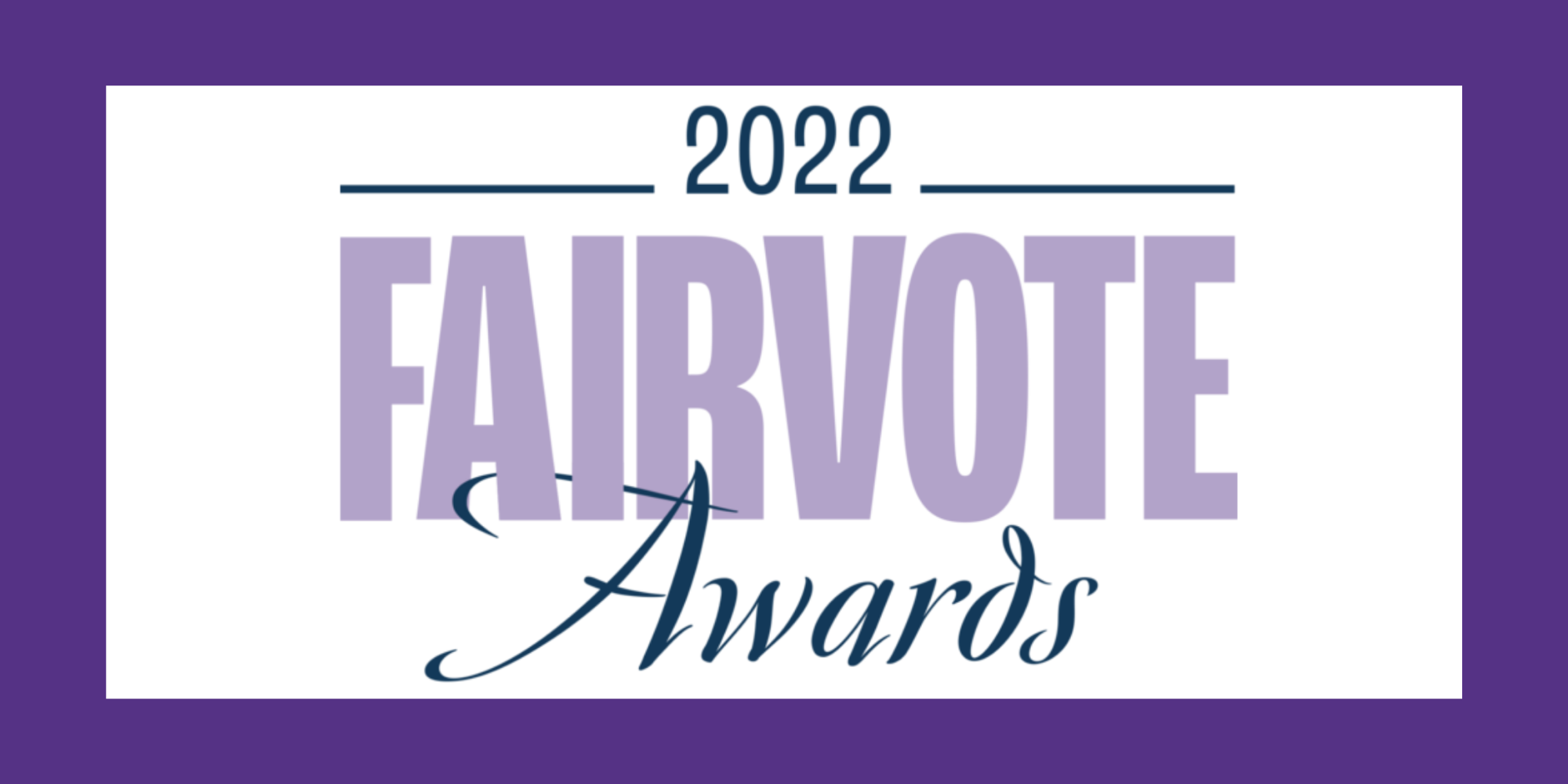 FairVote is turning 30 and we have a lot to celebrate! Since our founding, we’ve made it possible for two states and dozens of cities to adopt ranked choice voting. And just last year the U.S. House of Representatives passed legislation to fund RCV elections for the first time!

On April 11, we’re hosting the FairVote Awards in New York City to celebrate recent election reform wins and lift up several of the incredible people who are working each day to fix American democracy.

This year’s honorees include:

Tickets are selling fast, so get yours today! The funds we raise make the work we do possible, so we can continue our mission to make elections fairer for every voter. We hope you can join us.