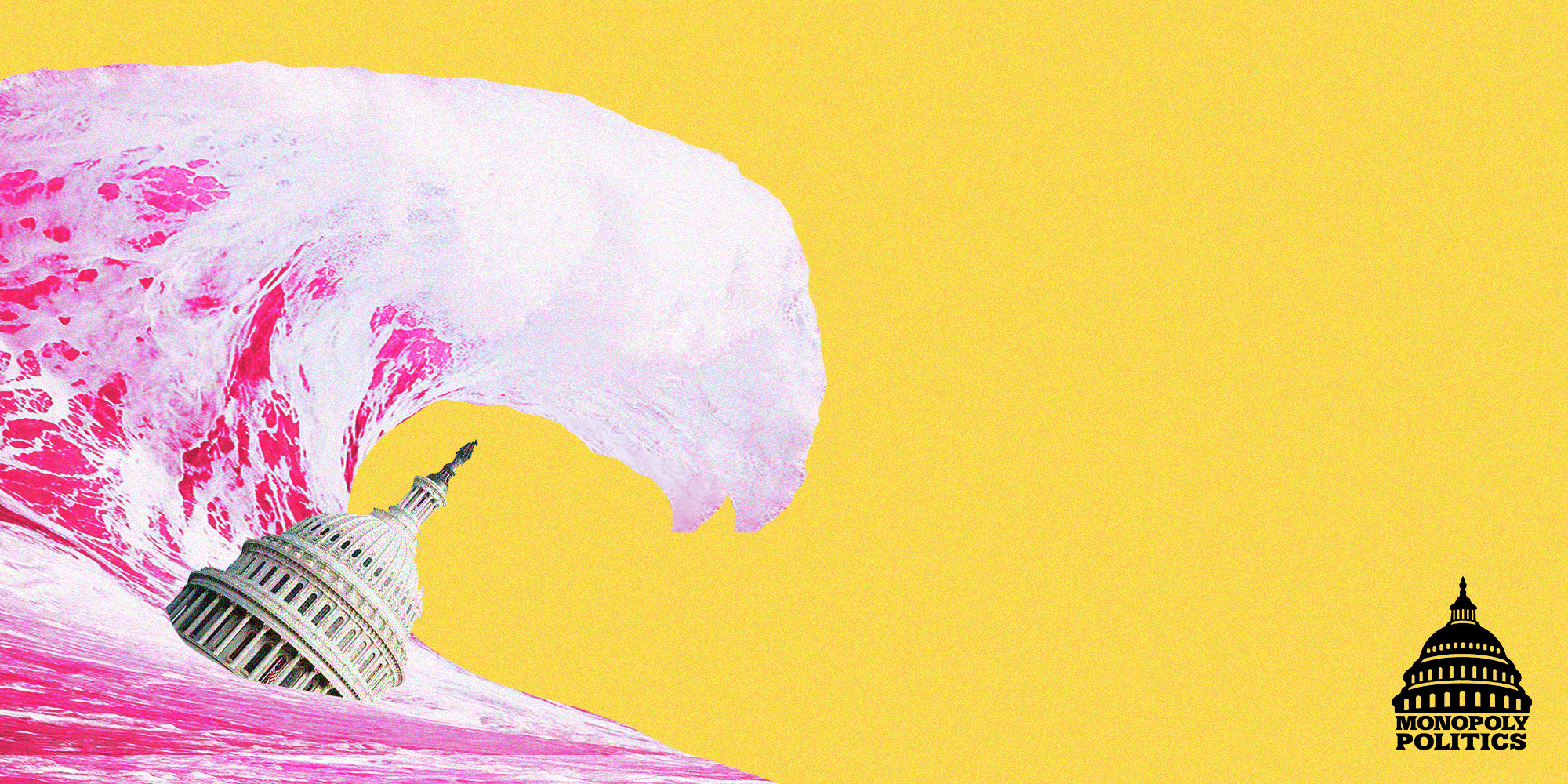 Editor’s note: This is the first in a four-part series considering the outcome of the November 2018 elections for the United States House of Representatives in the context of our Monopoly Politics projections.

The upcoming midterm elections will see a record number of women running for the U.S. House of Representatives and, with it, the hope to alleviate the historic underrepresentation of women in American politics. The 229 women candidates, 179 Democrats and 50 Republicans, running for office has given rise to titling 2018 the next “Year of the Woman.” The presence of women candidates on the ballot, however, does not guarantee they will win seats.

The most important factor in determining who will win a particular House seat is partisanship, not gender, as proven by FairVote’s biennial report Monopoly Politics. Monopoly Politics projects the outcomes of the next congressional elections using only prior election results as a measure of district partisanship. For the safest districts—our “high confidence” projections—we have been over 99.9 percent accurate over three election cycles.

Monopoly Politics offers important context for how much the momentum behind the “pink wave” will actually translate to a potential increase in women’s representation in 2018.

There are eight races where women incumbents are not seeking re-election and both candidates to replace them are men. This means women will lose at least eight seats in the House. Setting these races aside, Monopoly Politics can give us insight into who is likely to win and which races to watch.

This table shows possible and projected gains for women in the House:

This table shows possible losses for women in the House:

Our analysis shows that women are guaranteed to pick up a net of just three seats after the 2018 elections, based on the potential to win between 11 and 29 new seats and lose between 8 and 15 seats. These ranges give women between 65 and 90 seats in the House, comprising 15 to 21 percent of the total 435 seats.

Recent polling for the upcoming midterm elections indicates women favor Democratic candidates. A NBC/Marist poll found that men were evenly split between which political party they wanted to see control Congress, while women preferred the Democratic Party by 13 points. This gap corroborates our analysis in the sense that party, not gender, holds greater influence over which candidates women support. In addition, a recent NBC/Wall Street Journal poll found that voters are not necessarily more excited to vote for women candidates. Only 25 percent of voters said women candidates made them more enthusiastic to vote, while 44 percent said the presence of women on the ballot did not impact their votes.

Despite these obstacles, news stories and political analysts continue to consider whether the current political climate will galvanize Americans to send more women to Congress. Women’s political impetus began when the 2017 Women’s March thrust women’s representation into the spotlight, gaining momentum through the #MeToo and Time’s Up movements and the sexual assault charges that plagued recent hearings for Supreme Court nominee Brett Kavanaugh. It remains to be seen just how the passion and anger fueled by these events will translate to the number of women elected in November.

Even under the best case scenario—in which women win 90 seats in the upcoming midterm elections—women comprising 21 percent of the House is not much of an increase from the 19 percent of seats they currently hold. A better solution for representative democracy is the Fair Representation Act, which levels the playing field for women candidates. The Fair Representation Act centers on three major electoral reforms—ranked choice voting, multi-winner districts and independent redistricting commissions—to increase competition, decrease the role of partisanship and ensure the halls of Congress represent the people in terms of gender, race, age, and political beliefs.