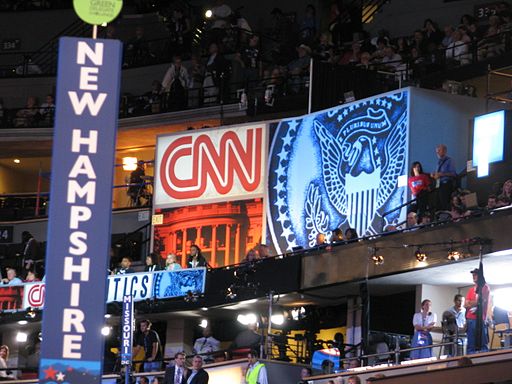 It’s July in an election year which means that, among other things, it’s convention time. In the lead up to the conventions, parties are in a flurry of preparation, trying to get every element of their respective events together in time for the opening gavel. Amid all these preparations, however, there is one which stands above the rest. Before there can be a party convention, there must be a party platform.

A party’s platform establishes its position on a plethora of issues ranging from civil rights to tax policy. These platforms are of extreme significance as they will, undoubtedly, influence the agenda of our elected leaders for the next 4 years. This election cycle, in an unprecedented move, the Democratic party chose to live-stream its platform debate and subsequently release a draft of the platform online. This is a large and important step forward for transparency within our major political parties.

Moreover, much of the Democratic Party platform as it stands - it has been adopted but must be ratified at convention - speaks directly to our need for a more representative and fair democracy. Their platform affirms voting as a right, not a privilege, which is one of the most basic components in building a truly representative government. With that right as their guiding principle, they express support for a number of reforms that would strengthen American democracy.

Many of these innovations are ones FairVote has researched and advocated for and include reforms such as expanding early voting, vote-by-mail, universal automatic voter registration, same day voter registration, fair redistricting, felon re-enfranchisement, and making election day a national holiday. These reforms, collectively, would make an enormous impact on both who gets to vote and how fully each vote counts.

Some state Democratic parties take the fight to ensure that every voter has a meaningful choice in every election further, explicitly supporting instant runoff voting in their platforms. The Democratic parties in California, Colorado, Maine, and Minnesota all express support for RCV at the state and local level and the Democratic Party in Oregon considered doing so as well. Each of these states has seen RCV work in at least one municipality with California leading the way with four cities successfully using instant runoff voting for all local offices.

Party support can have a meaningful impact on the expansion of ranked choice voting in these states. In California, the State Senate recently passed a bill to allow ranked choice voting to be used in local elections for every city, county, and district. The November ballot in Maine will feature a referendum to use RCV to elect all state and federal level officials.

For some national parties, support for RCV is already an established part of their platform. Most notably, the Green Party has language which explicitly encourages the use of instant runoff voting on both the state and national level. The Green Party, as well as other political factions which struggle to break into the dominant two party system, is in a great position to express its support for RCV. Third parties have a deeply ingrained understanding of the importance of increasing voter choice as well as making the voices of political minorities heard.

This year both the Republican and Democratic parties have had to grapple with the implications of our single-choice, winner-take-all system. Whether it be campaign civility or fear of vote splitting, both parties have reasons for embracing ranked ballots as part of their agendas. As the major political parties continue to enhance and expand their party platforms with an eye towards a more fair and functional democracy, RCV will increasingly emerge as one of the best commonsense reforms to deal with their respective ills.