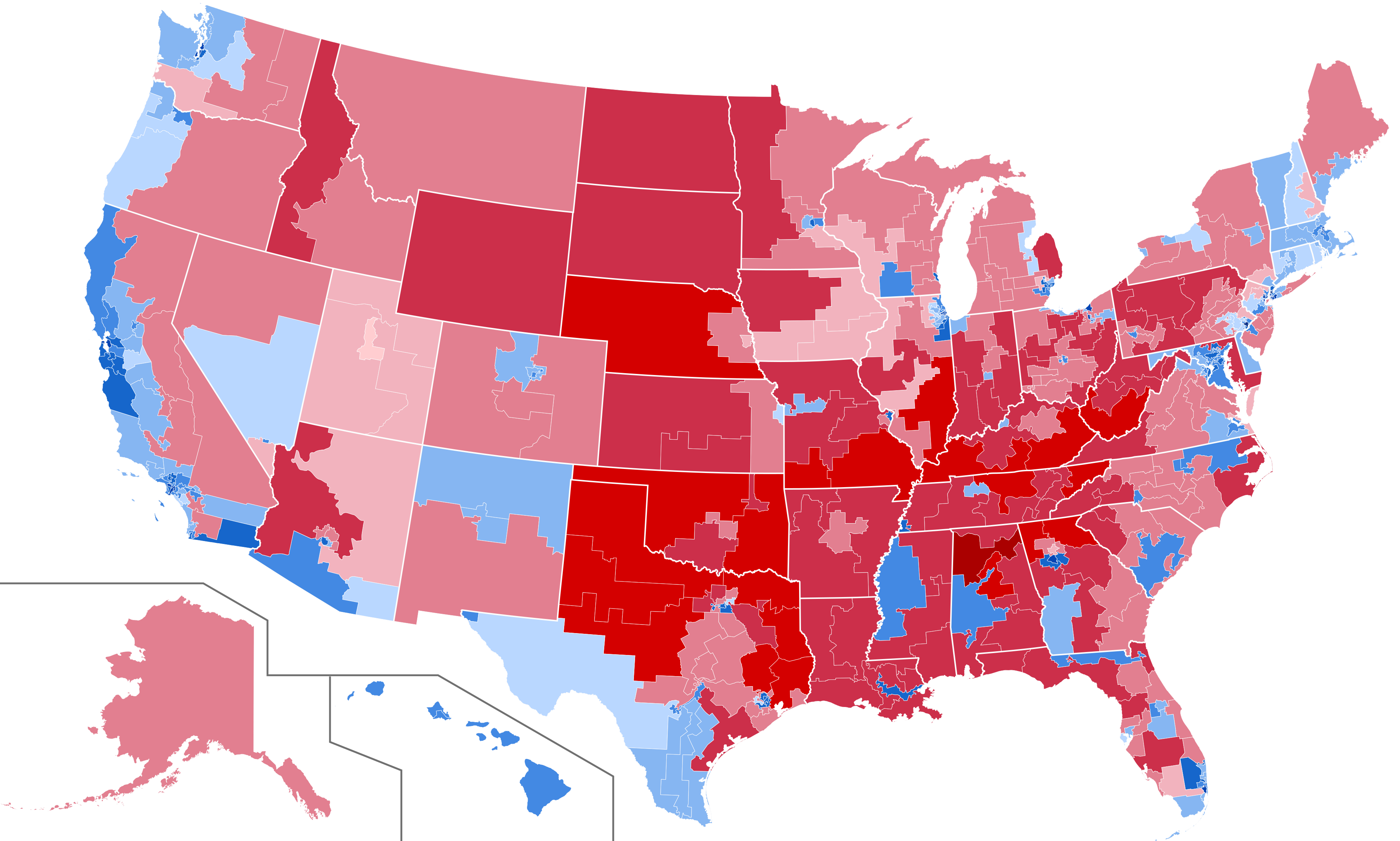 Last week, Brennan Center released a report on gerrymandering in America and obstacles to Democrats retaking control of Congress in 2018, they found:

These conclusions correspond well to the results of our own work, particularly Monopoly Politics 2018, wherein we find Democrats would need to win by roughly 54.5-45.5 (a margin of 9 points) to take control of the House of Representatives, as shown in the partisan swing graph below. In fact this time last year, we did forecast that Democrats would need to win the House by 11 points under the current map. However, while there is still a dramatic difference between Democratic seat share and a proportional share of seats, several things have changed since then, one of which illustrates a shortcoming in the Brennan Center model.

Firstly, Pennsylvania’s congressional map was recently redrawn by the PA Supreme Court. This turned one of the most gerrymandered and least responsive state maps in the country into one that has a significant number of competitive seats and a relatively smooth vote share to seat share curve. As the Brennan Center Report shows, the new map is drastically more responsive in ways that bend the responsiveness curve for the US as a whole. This map also led a number of incumbents to drop out, which brings us to my second point. The other reason the Congressional map has gotten easier for Democrats is that a record number of incumbents have retired, and continue to retire. Open seats are easier to win than seats with incumbents, which is why we model past election results for seats as an incumbent modifier, and remove that modifier when the incumbent vacates the seat. Without this modifier, our projections are determined almost completely by partisanship, which is district level presidential election performance re-averaged as if it were a 50-50 year. For example, a district that was won by Hillary Clinton by 2.1 points would have a 50 percent partisanship, since she won the popular vote by 2.1 points. Because we project results for each race as if it were an open seat and as if the incumbent were running at the beginning of the cycle, we can modify our full projections as incumbents drop out without compromising our claim to have predicted the result two years out.

Brennan Center analysts, on the other hand, appear to use prior House elections, rather than partisanship, as their baseline for predicting House outcomes, (although they include both in their methodology) which leads to more conservative projections. There are reasons to do this: races higher and lower than the U.S. House on the typical ballot have different dynamics in terms of partisanship and national vs local issues, doing comparisons primarily between House cycles allows you to avoid these problems.

However, there is a large body of evidence showing that presidential election results are a better indicator of the partisan mood of the electorate, and therefore future results, than previous congressional races, particularly when incumbents drop out. In other words, voters use their presidential vote and their congressional vote primarily as signals for how they want national policy to change, but due to factors like incumbency, scandals, funding, and candidate skill, congressional races are a noisier signal of these preferences than presidential race outcomes. When incumbents retire, voters and politicians tend to act as though the seat has been reset, so to speak, to its partisanship baseline.

The problems highlighted in the Brennan Center report deserve the utmost attention. Gerrymandered single-winner districts hobble the ability of our Congress to respond to partisan shifts, and disincentivize civility and bipartisan cooperation in both the legislature and the public square. We hope that discussion of these issues continues to gain traction, and that those who understand the dire challenge these issues pose to our democracy will join us in calling for common sense reforms such as independent commissions, multi-winner districts with ranked choice voting for state legislatures, and the Fair Representation Act.