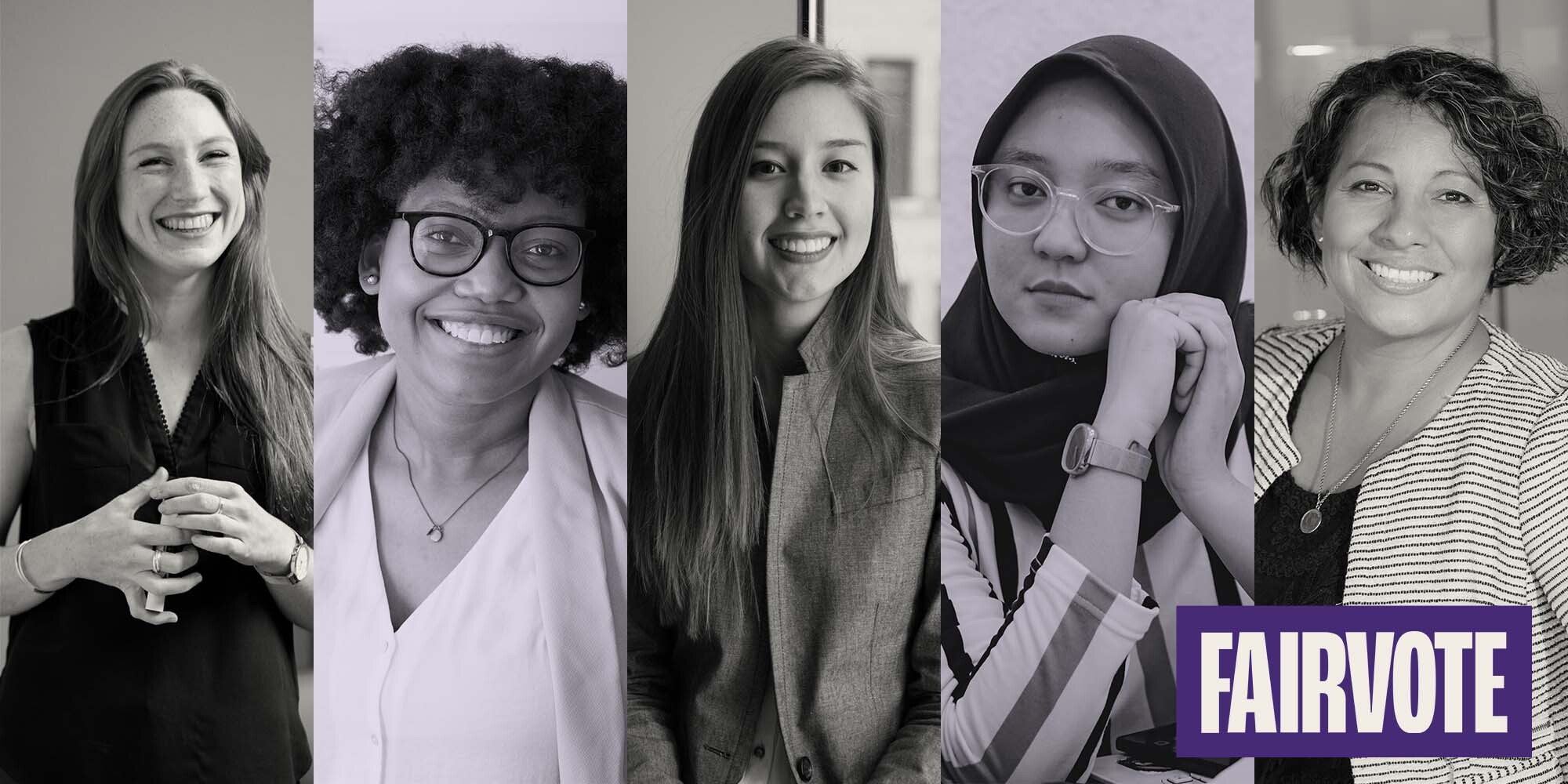 Across the country, ranked choice voting (RCV) is reducing the chances of vote splitting and encouraging women and people of color to run for office, regardless of whether other women or people of color are in the race. With RCV, nobody has to “wait their turn” (a common reason women cite about delaying or even making their decision to run.) During Women’s History Month we’re highlighting the achievements of women who have won RCV elections across America. We’re excited to celebrate a few of the many women who have been elected with RCV to serve their communities and hopefully inspire even more women to run.

After almost two-thirds of voters supported the reform in a 2019 ballot measure, New York City held its first citywide RCV election in June 2021. As a result, the newest City Council is the most diverse in New York City’s history. For the first time, women hold a majority of seats (31 out of 51) in a legislative body that represents 8.4 million people (more than 38 states!).

Jessica Haller, the Executive Director of 21 in ‘21, an organization founded in 2017 to increase the number of women in the City Council by 2021, credited the combination of RCV and the city’s matching funds program for the increased representation. Erin Vilardi, CEO and founder of Vote Run Lead, which trains women to run for office, said that, “The conditions for running in a ranked choice election make it more likely that some nontraditional candidates will get in… We need a different kind of thinking, we need better gender diversity, better racial diversity to reflect the city and the lived experience of the current City Council to provide solutions."

“There was no one saying, 'you're going to split the vote, you shouldn't do it,' and some of them obviously turned out to be very strong candidates.” -  CEO of FairVote Rob Richie

The city of Vineyard, Utah was one of two cities in the Beehive State to pioneer the use of RCV in 2019. Two years later, Julie Fullmer was reelected to her second term as mayor and Amber Rasmussen and Mardi Sifuentes joined Cristy Welsh to form a City Council in which three of the four members are women.

“[Ranked choice voting] empowered residents to ask more questions and invited candidates better prepared to answer them… It pressed fair play among candidates and encouraged more civility between neighbors. Individual voters and candidates both discovered they enjoyed the method, found it easy to use, and requested the form for future elections” - Vineyard Mayor Julie Fullmer.

In Minneapolis, Minnesota RCV has been used since 2009, and in 2021 the city’s 13-member council was the most diverse in Minneapolis’s history. Some of the women elected include Robin Wonsley Worlobah; LaTrisha Vetaw, who won in the first round of votes; and Aisha Chugtai, who is the first Muslim woman and youngest person ever elected to the City Council. Incumbent Andrea Jenkins was also re-elected. Jenkins is the first openly transgender Black woman to serve in this position and was unanimously elected by the rest of the City Council to be council president. Jenkins commented that the City Council is now “reflective of Minneapolis, in almost every diverse identifier possible.”

"I think that the voters have chosen the strongest candidates, so I am absolutely comfortable in expressing my excitement on being on an all-woman council." - Becki Graham

In June, 2018, London Breed was elected via ranked choice voting and became the first Black woman to serve as mayor of San Francisco. San Francisco, as well as other Bay Area cities like Oakland, have been using RCV for years. San Francisco was the first city in the Bay Area to adopt RCV and began using it in 2004. In 2010, the cities of Berkeley, San Leandro, and Oakland all held their first RCV elections. That same year, Oakland elected Jean Quan, the city’s first female mayor, and in San Francisco, 16 of the city’s 18 offices elected by RCV were held by people of color.

“Myself and the other Latinx candidates didn’t have to back out of the race for fear of splitting the Latinx vote. We could have respectful differences of opinion over issues and policy, yet still be the second and third choices of voters, and our community could still be heard… We were not spoilers for each other, and the Latinx vote did not split among too many candidates… What we saw was an increase in women and people of color running,” he said. “We’re always doing more research, but one could compare the top-two election system in California and see a very male-dominated field.” - David Campos, the chair of the San Francisco County Democrats

Aside from these women who are running and winning in RCV elections, other women are advocating for it across other regions of the country. Virginia Delegate Sally Hudson from Charlottesville recently started Ranked Choice Virginia, a group dedicated to helping localities and their residents understand and navigate RCV elections and set up a pilot system.

“People are finally realizing that our current elections don't really work when there are more than two people on the ballot… Voters are tired of choosing between the candidate that they like most and the candidate they think can win, and rank choice voting solves that problem.” - Sally Hudson

Other women, such as Cynthia Richie Terrell, of RepresentWomen, are working to implement RCV from a policy perspective. RepresentWomen advocates for policies and reforms that create a more equitable, and gender representative democracy.

“There are many reasons why RCV benefits women, but it is not about helping one group over another. It is about creating a more level playing field, freeing voters and candidates from the ‘spoiler vote’ trap, and rewarding a politics of increased engagement.” - Cynthia Richie Terrell

These women are all testaments to the potential of RCV to make our democracy more reflective of our diversity. During the month of March and beyond, we will continue to highlight and celebrate the achievements of these strong, passionate women. Ranked choice voting is the fastest growing voting reform in the nation and it is making our elections across the country more representative, more equitable, and as easy as 1, 2, 3.