In July, Newman released Unrig: How to Fix Our Broken Democracy. Through comics, he examines how plurality elections drive polarization and fail to adequately represent voters. He demonstrates how ranked choice voting, paired with multi-member districts, can improve representation and ease partisan tensions.

Below are examples of comics from the book. This first set shows a doctor diagnosing the problems in our democracy, such as low turnout, negative campaigning, and “lesser of two evils” voting. 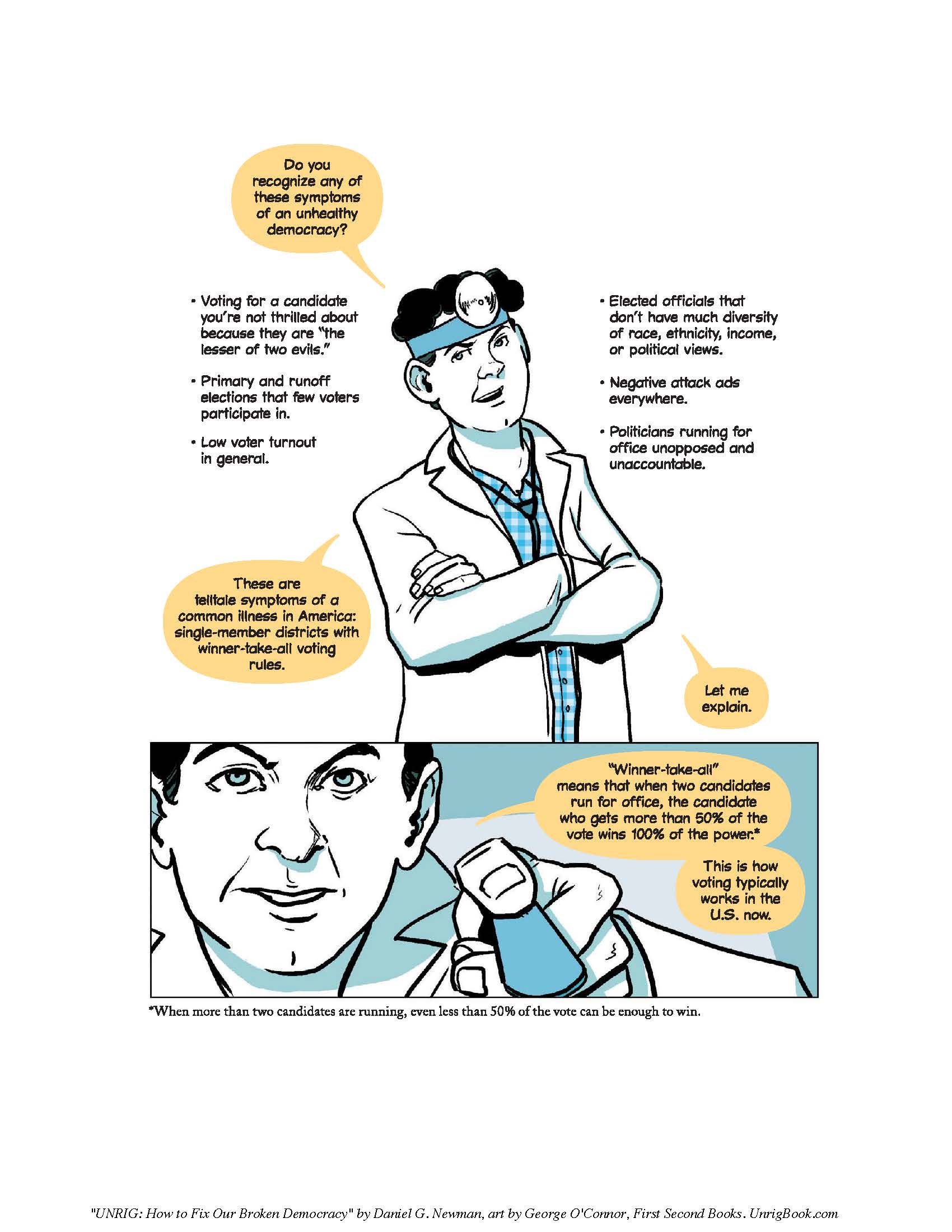 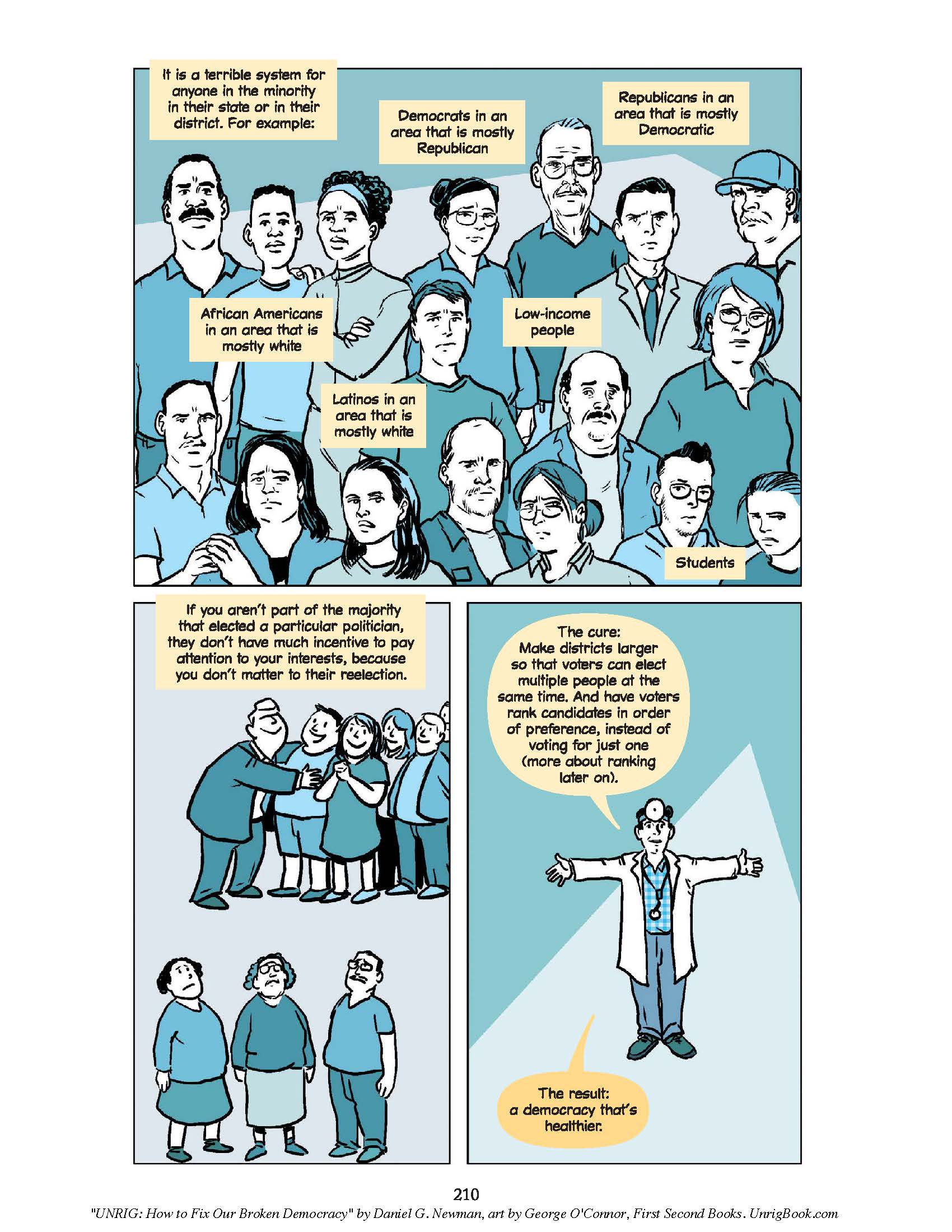 Then, Newman shows how multi-member districts with proportional representation would help cure those ills by electing a legislature that reflects the interests of the whole population, rather than just the voters who comprise a plurality in each district. 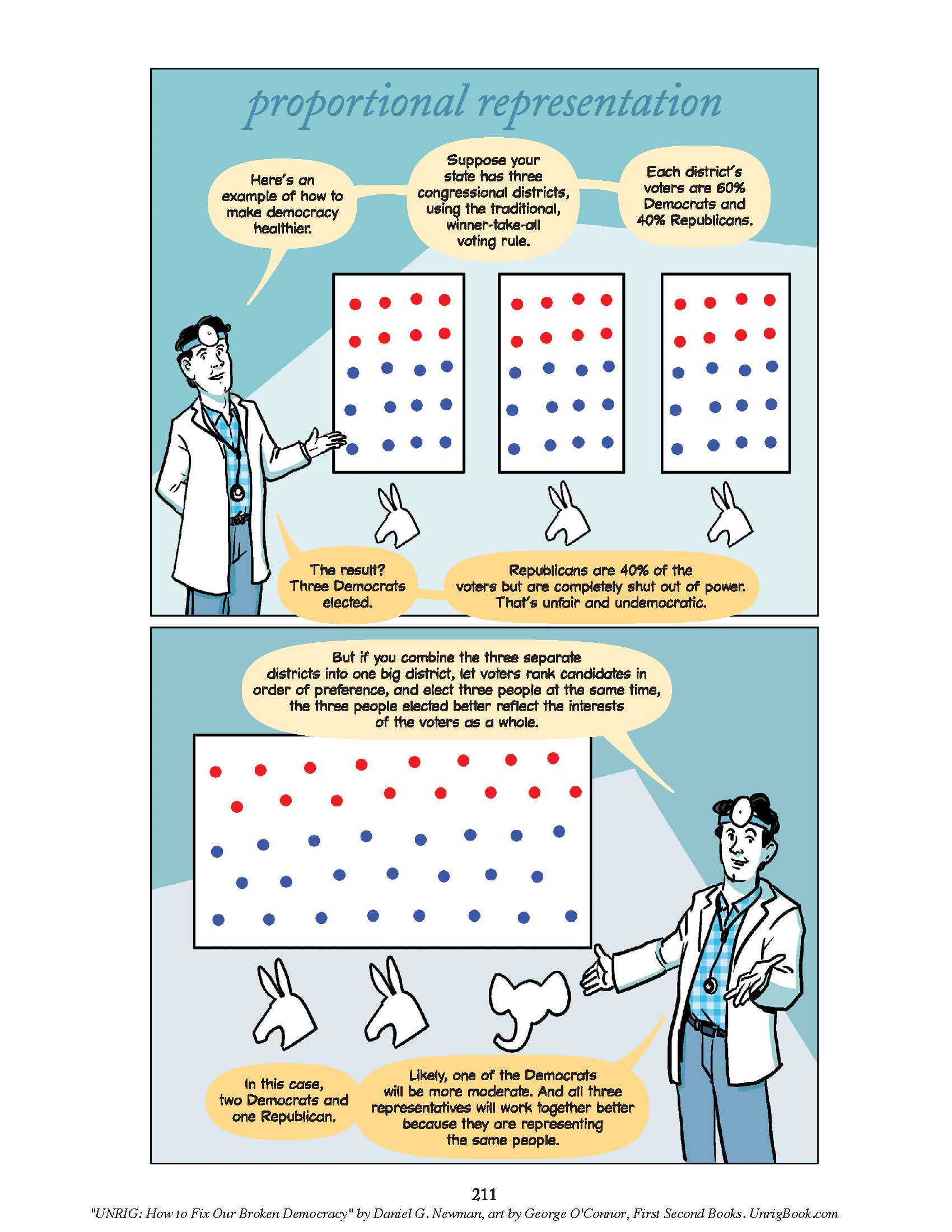 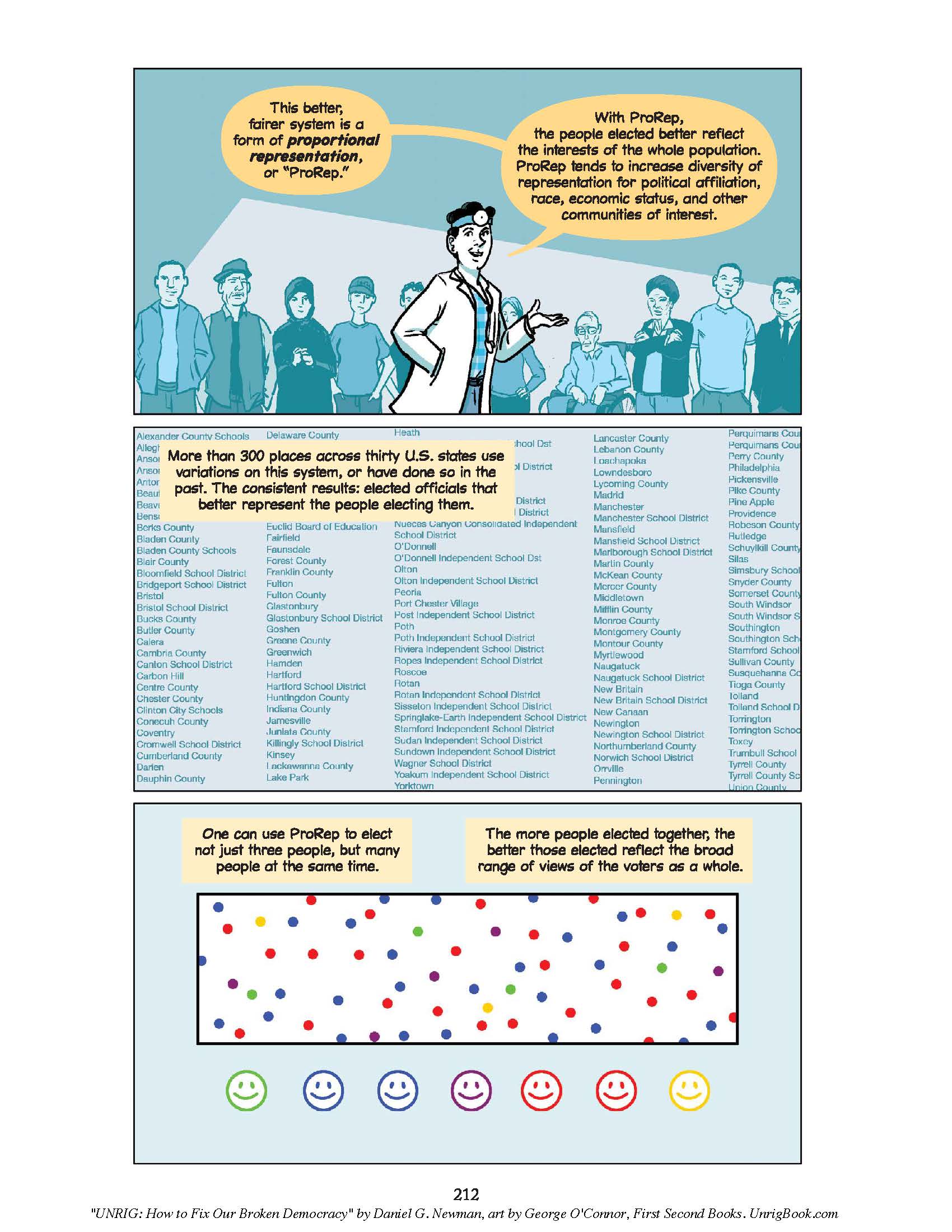 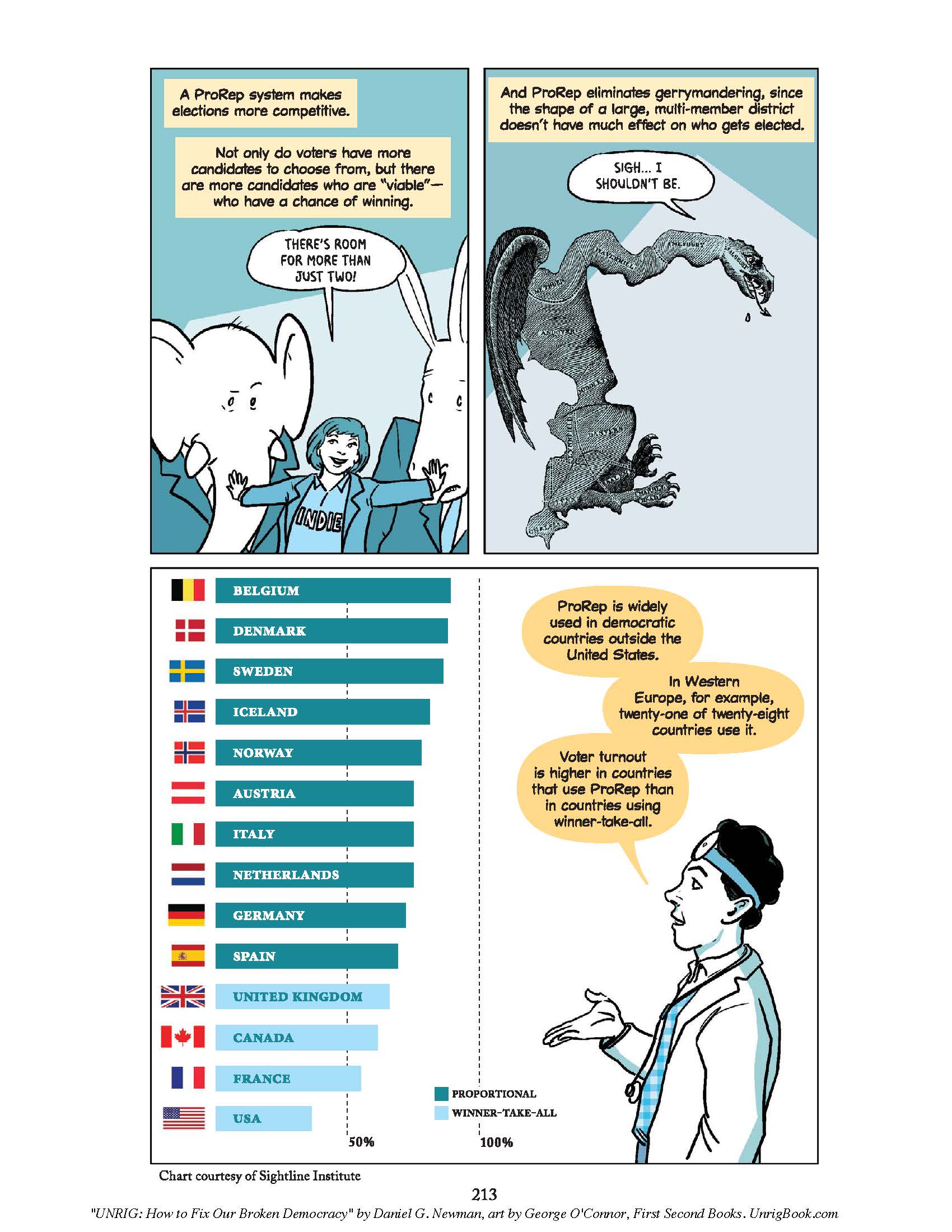 Additionally, Newman shows how multi-member districts work best when coupled with ranked choice voting (RCV), ensuring that voters don’t have to decide between voting for a candidate they dislike or ‘wasting’ their vote. RCV would also incentivize candidates to avoid negative campaigning so they can appeal to more voters as a second choice. 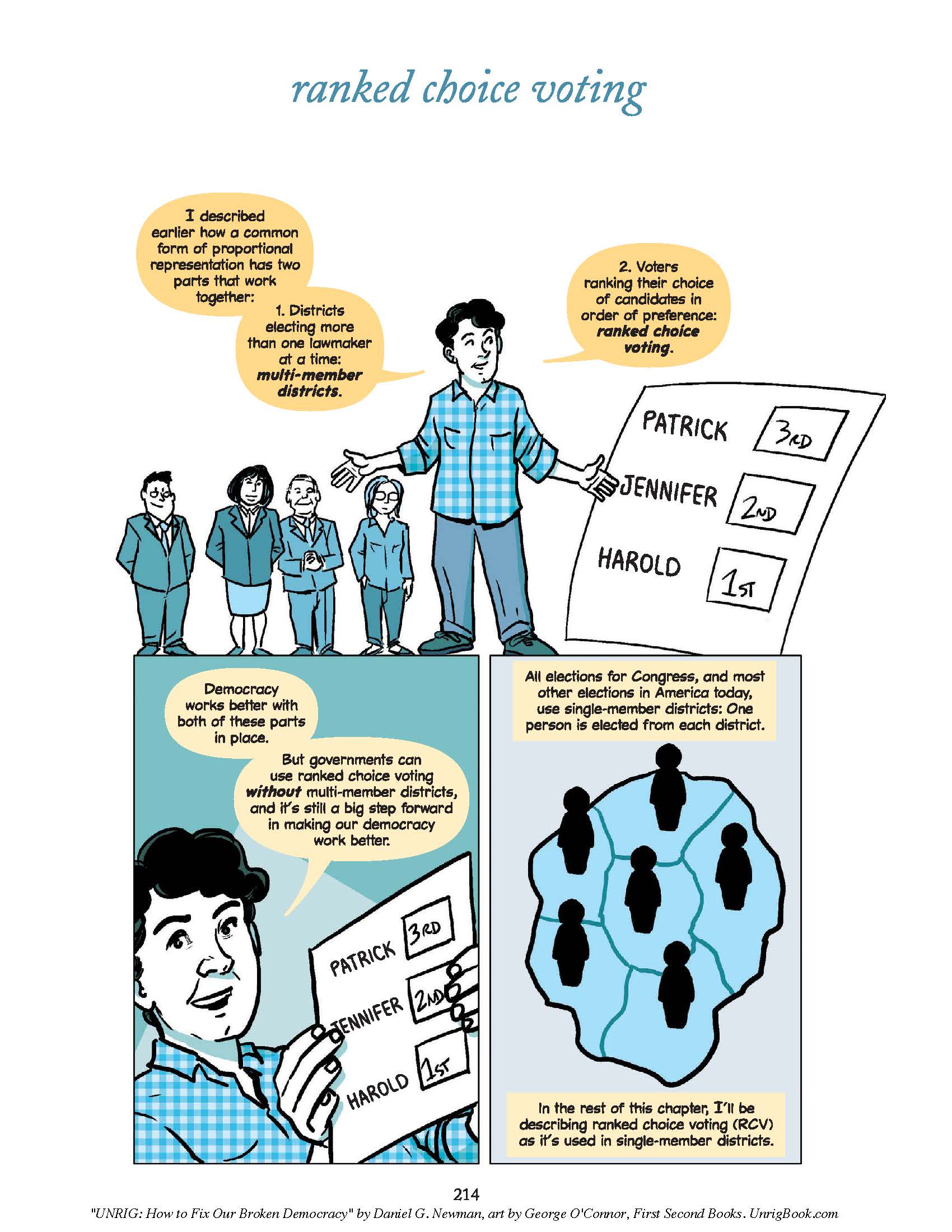 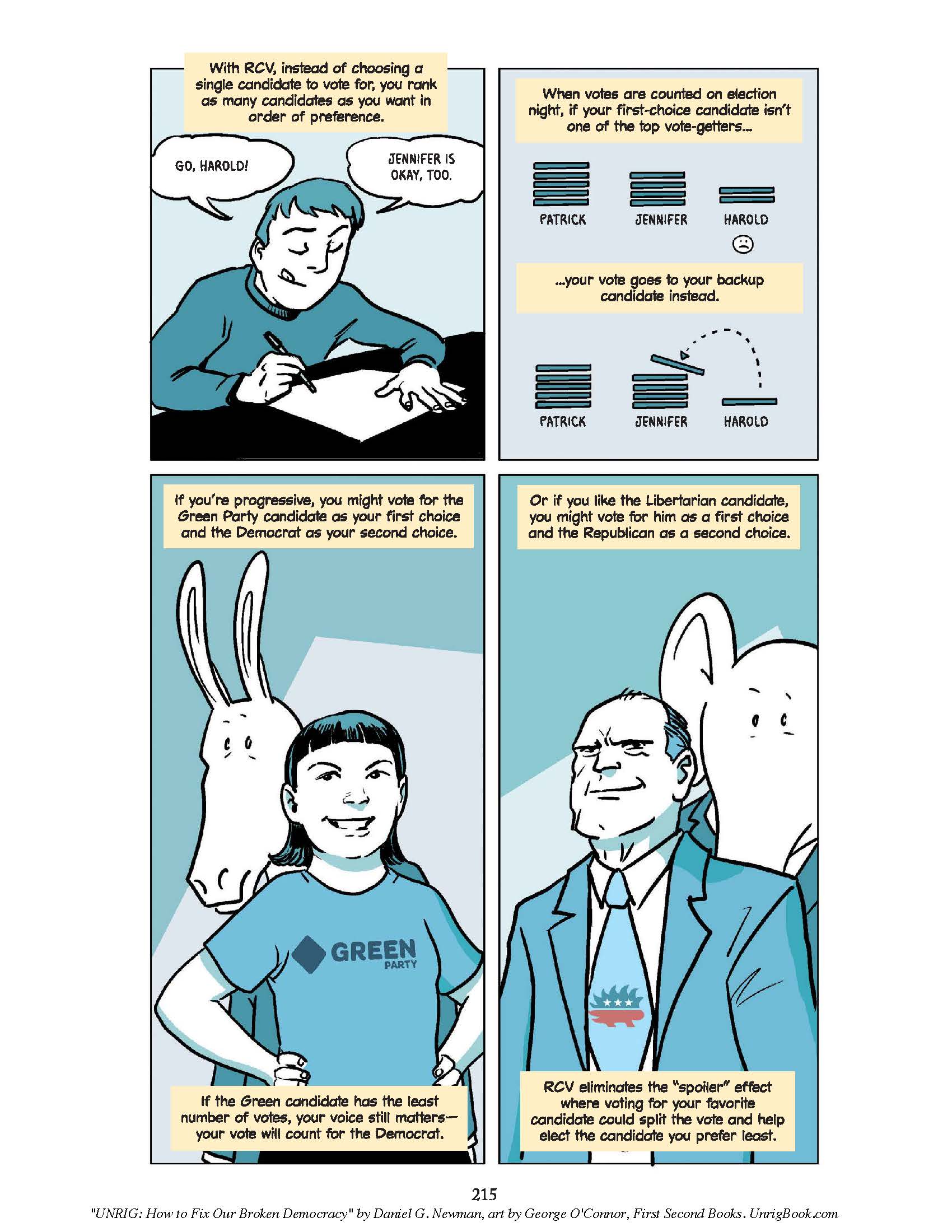 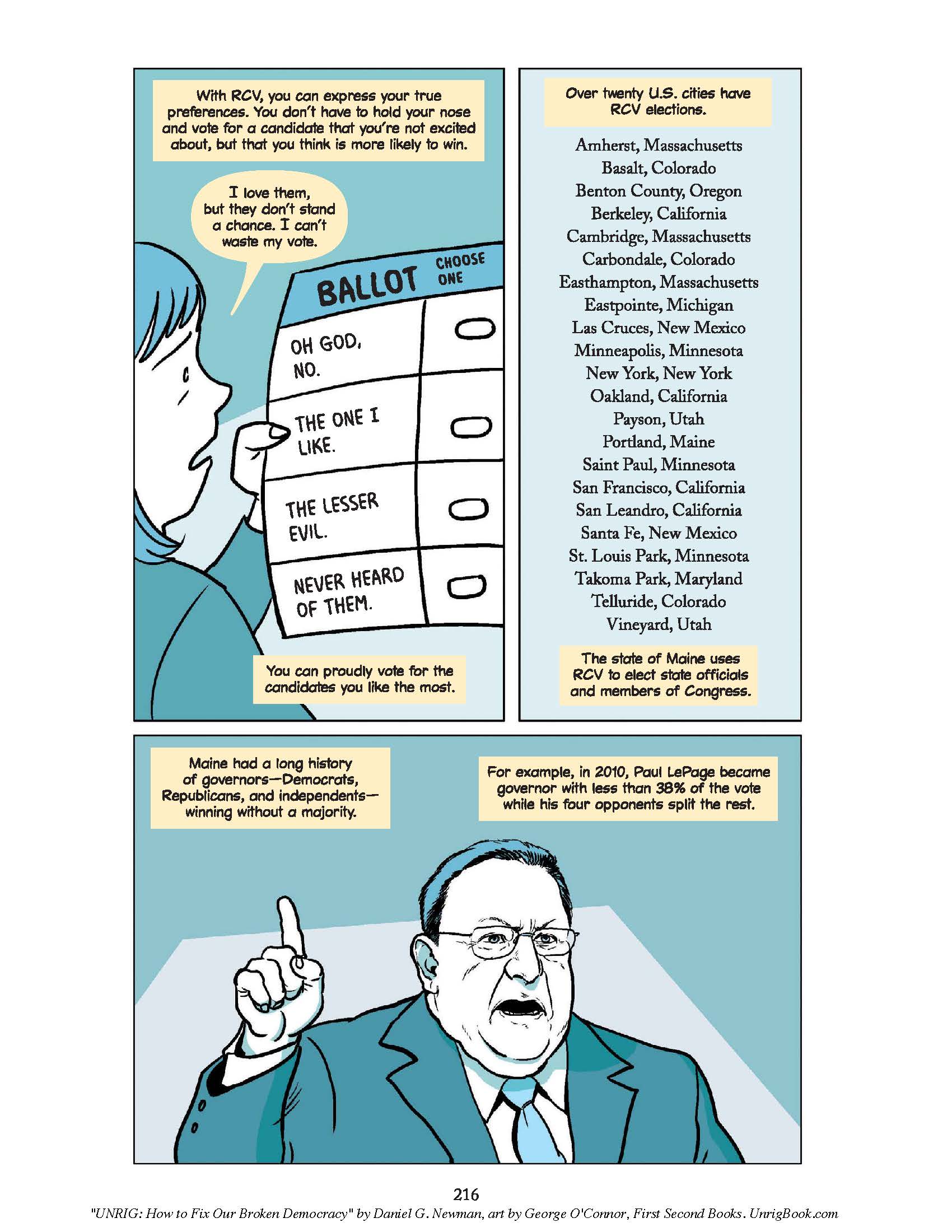 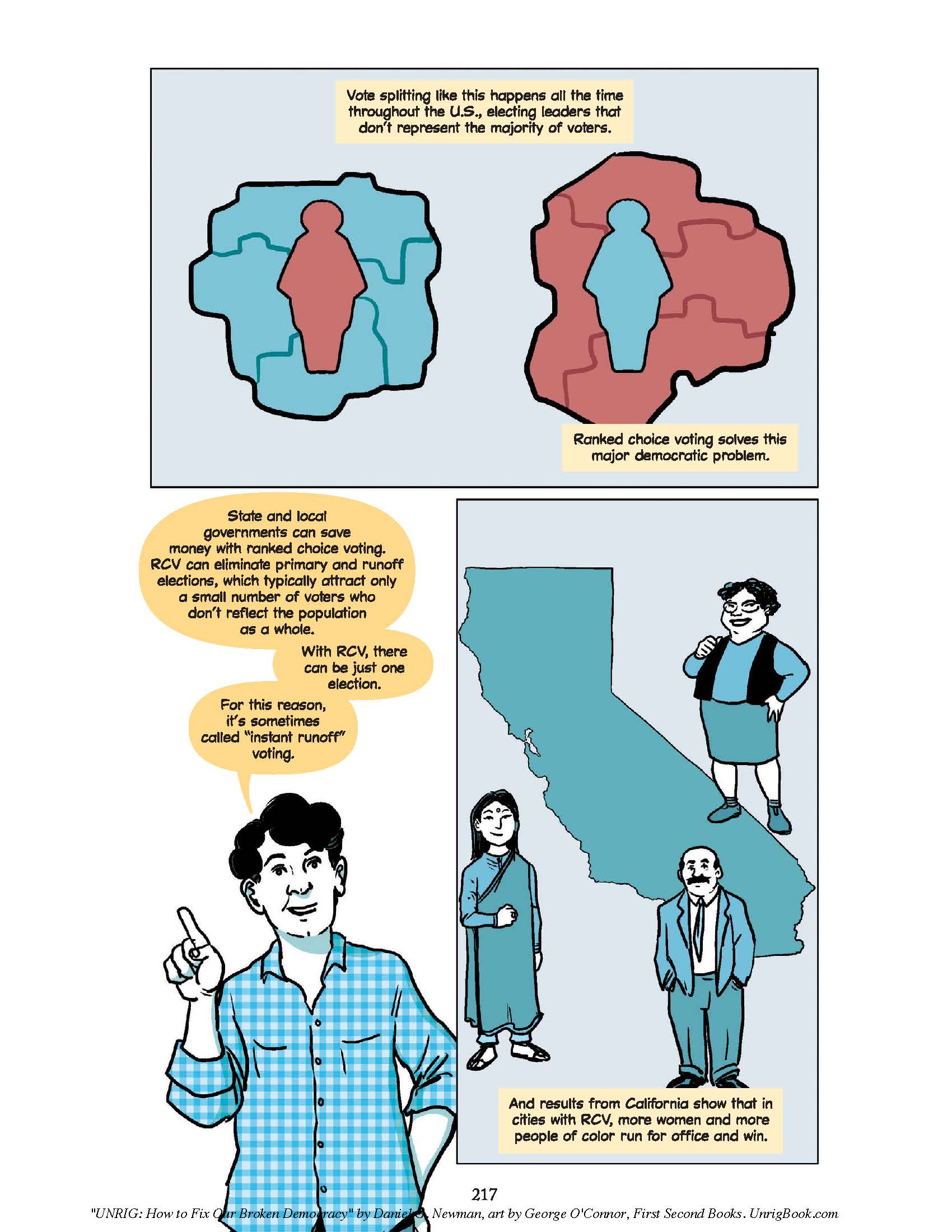 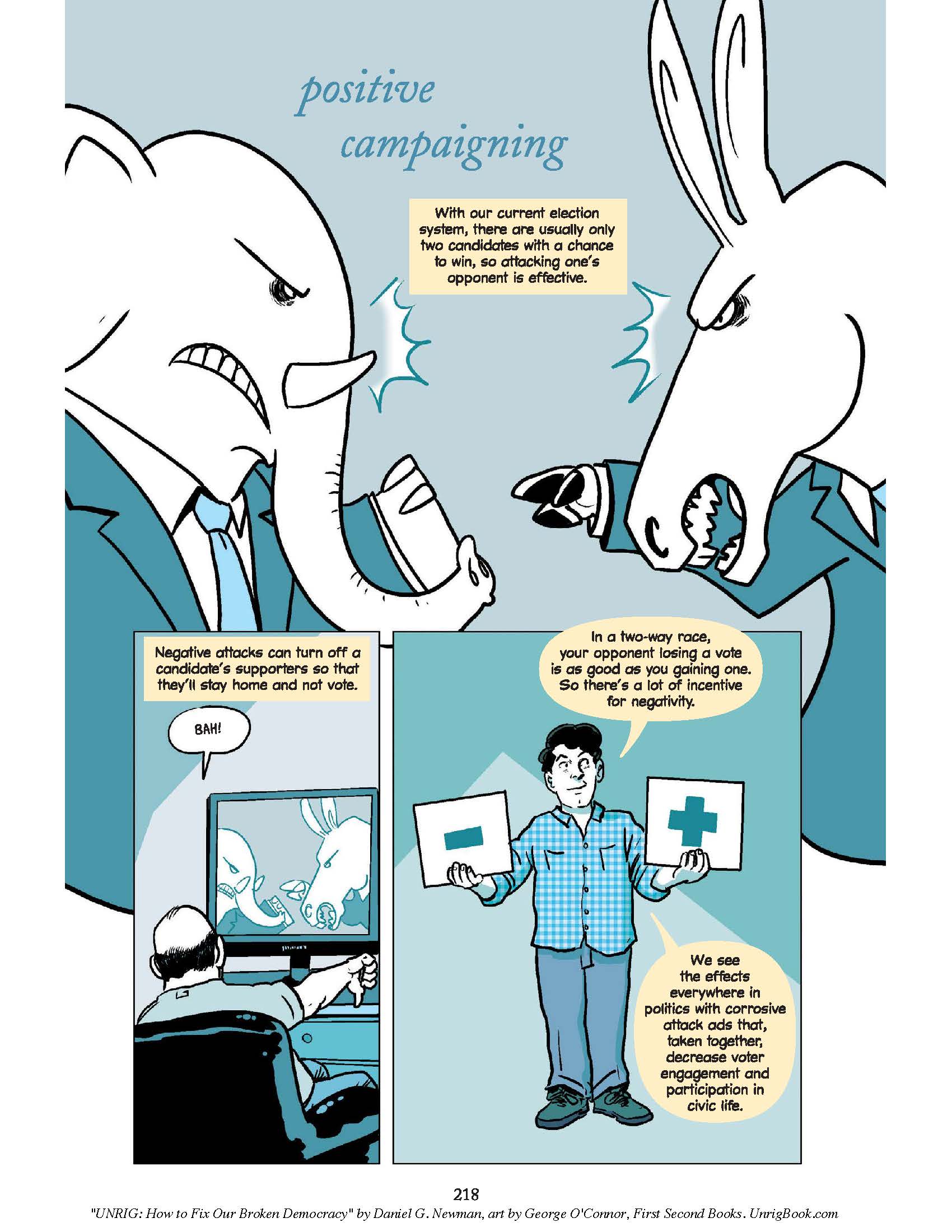 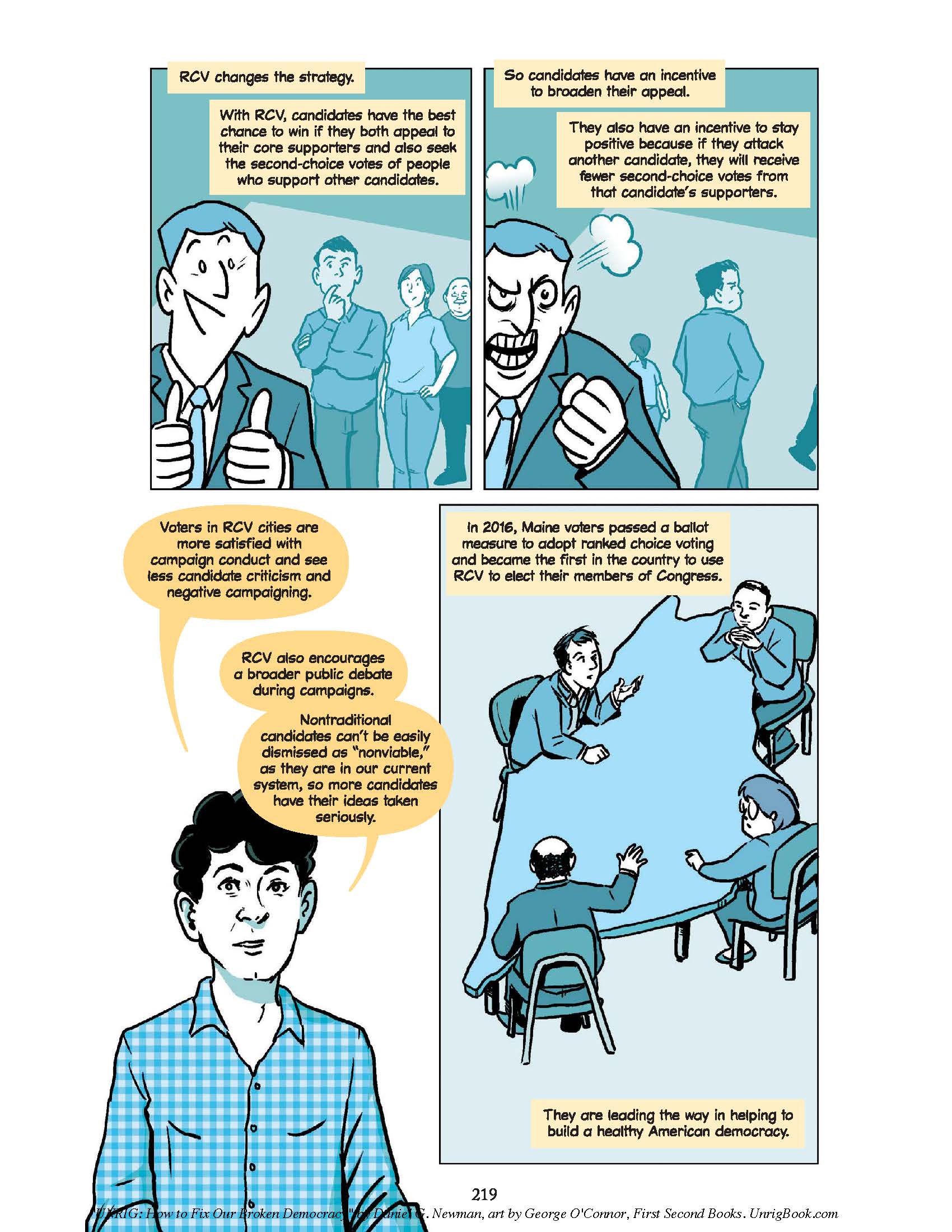 With RCV becoming mainstream in the United States, it is exciting to see authors and reformers coming up with new ways to engage Americans in understanding the system and its benefits. Voters in five cities approved ballot measures to adopt RCV this November - including one for proportional representation in Albany, California.