On July 22, FairVote released a new report examining the use of ranked choice voting (RCV) in four Democratic presidential primaries and one caucus in 2020. The ballot data from the four Democratic presidential primary states used in the report show that voters overwhelmingly took advantage of the option to rank candidates on the ballot, made very few errors, and turned out in large numbers. In Alaska, Wyoming, Kansas, and Hawaii, state Democratic parties transitioned from caucuses to RCV primaries conducted entirely by mail-in voting. All states saw a rise in turnout, and in most states the increase was dramatic. 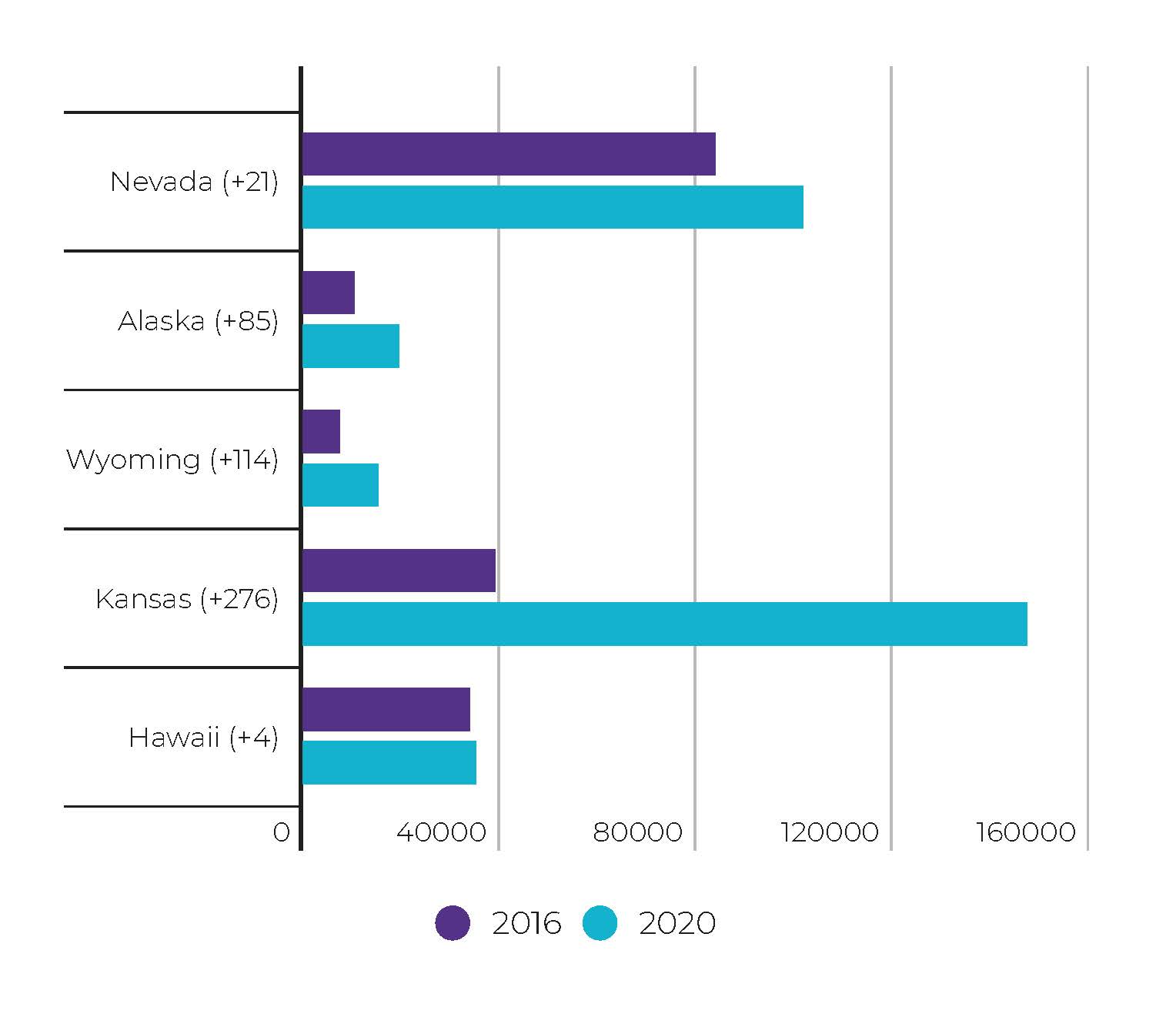 Additionally the use of RCV can help address one of the biggest criticisms of early and mail-in voting in presidential primaries: the issue of candidates dropping out after ballots are already cast for them. By ranking their choices, voters who chose to vote early for candidates who later dropped out did not waste their votes. Instead, those votes were simply added to the totals of their second choices. The ranked ballot also ensured that ballots cast for candidates below the 15% threshold to earn delegates could help their second choices. The proportion of such “wasted votes” fell substantially in RCV states.

Voters also embraced the opportunity to rank their choices. Despite the race being fairly uncompetitive by the time of the first RCV primary, most voters still ranked at least two choices, demonstrating that there is enthusiasm for expanded choice in presidential primaries.

Because of the huge successes of RCV in 2020, the report calls for all states to adopt RCV for the 2024 primaries to better reflect voter preferences, combat accusations of candidates being “spoilers”, and ensure that no voter will have their vote wasted by voting for a candidate who later drops out.

On July 21, Senior Communications Fellow David Daley moderated a panel called “The Success of RCV in the 2020 Democratic Presidential Primary”. Watch it here: