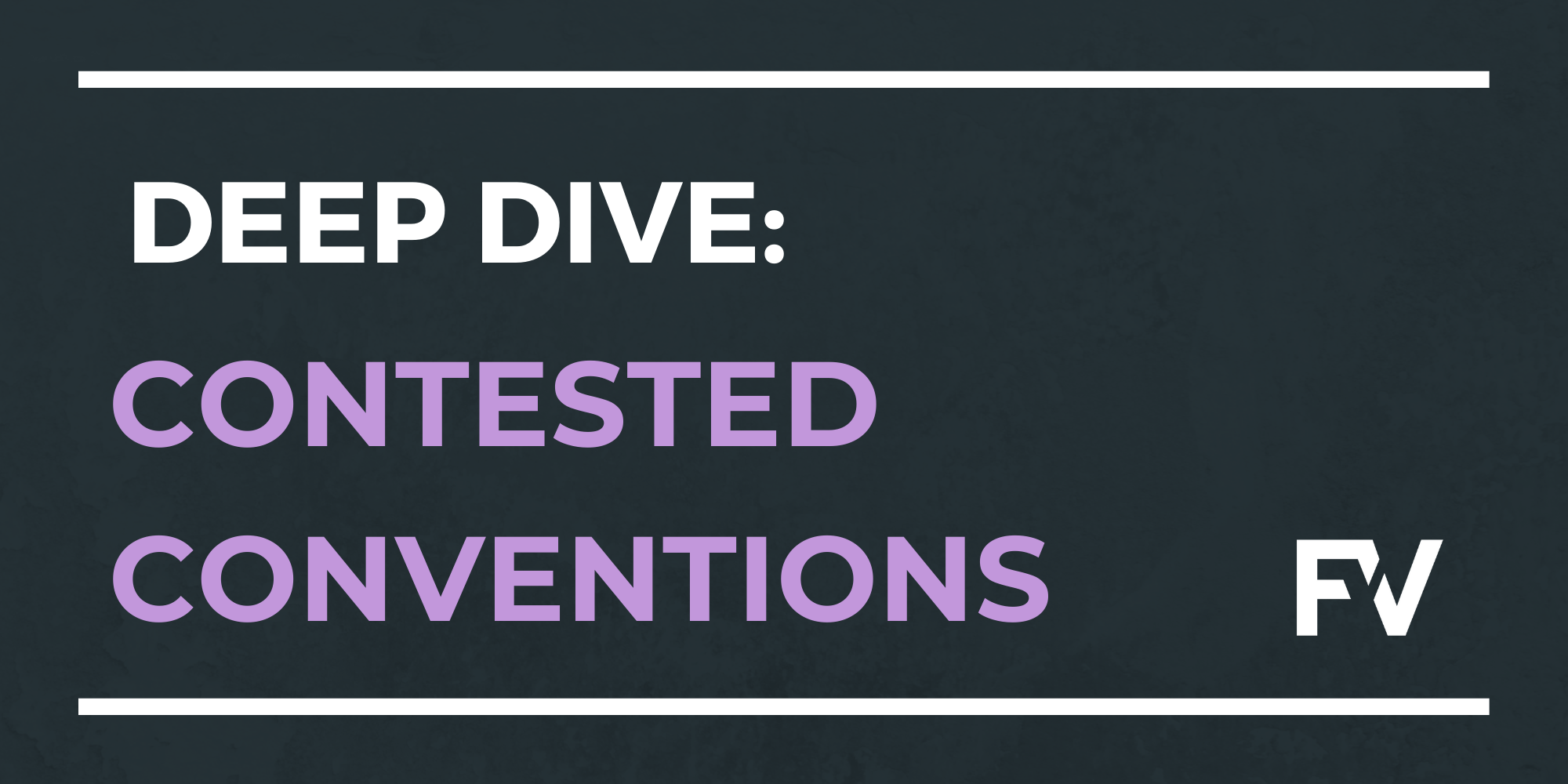 This is an area where the truth is wilder than fiction. For example, consider the 1924 Democratic convention at which delegates voted 103 times over 16 days, before finally settling on a candidate who went on to lose the general election anyway!

Modern political parties would be wise to avoid contested conventions because allowing a small group of delegates to select the party nominee on the convention floor could give the impression that the voters’ voices aren’t being heard, and could lead to strong intra-party divisions and animosity. And historically, nominees who emerged from contested conventions have lost the general election more often than they’ve won.

If voters are so divided that they send their party to a contested convention, the party has a tough road ahead. But their best shot may be to nominate a candidate who can build support in later rounds of voting, rather than to charge ahead with the candidate who wins a mere plurality on round one. FairVote’s Dave Daly and Rob Richie have proposed a solution; ranked choice voting (RCV) at the party convention to ensure the nominee has broad support and the best possible chance in the general election.

RCV would allow delegates to identify a candidate in a divided field with the greatest chance of winning in the general election. In times of distrust for party elites, it would also help ensure a more transparent outcome. Rather than hours of round-by-round votes punctuated with secret side conversations, the full ranking of each candidate by each delegate could be plain from the outset. That way, if a candidate does get the nomination despite trailing in first choices, their nature as a consensus-builder with support from different “lanes” in the party would be apparent.

Below is a list of all contested conventions in U.S. history.