FairVote’s Board of Directors represents a mix of national leaders and local reformers who reflect a broad range of experiences and accomplishments. Please see their biographical sketches below. Our officers are: Chair Alice Underwood, a recognized leader in the actuarial profession; Secretary Mark de la Iglesia, a program officer with the Open Society Foundations’ Fiscal Governance Program; and Treasurer Donald Marron, a director of economic policy initiatives at the Urban Institute. The Board meets in-person and by phone throughout the year, and provides overall direction and fundraising assistance to FairVote. Members serve on committees and work directly with staff. FairVote also has advisory committees in support of our program work.

Please Note: FairVote is a nonprofit, nonpartisan, tax-exempt, publicly supported organization under Section 501(c)(3) of the IRS Code. Board members act in an individual capacity and not as a representation of any political affiliation. Members’ political affiliations do not constitute an endorsement by FairVote. FairVote does not support, endorse, or oppose any political party or candidate. Any comments made by a board member acting in his/her individual capacity are personal and do not reflect FairVote’s views. Alice Underwood has been a recognized leader in the actuarial profession and a sought-after speaker for insurance industry events. She has published dozens of articles on actuarial and insurance-industry topics and has held board and officer positions within a number of insurance industry associations.  Her actuarial career has included roles in both the U.S. and Europe. Recently retired, she previously headed the global insurance consulting and technology practice for a leading financial services company.

Alice is also a voracious reader of science fiction, a student of history and politics, an unrepentant Trekker, a mediocre seamstress, an avid SCUBA diver, an occasional yogini, an enthusiastic eclipse chaser, and a Peloton devotee. She is the co-author of six novels based on Greek mythology and set in the Bronze Age; her most recent “Tapestry of Bronze” novel, Clytemnestra: The Mother’s Blade was released in September 2017.  Alice and her husband Mark Kimmey live in New York City, where they cater to the whims of two dictatorial felines. He has lead negotiations for the release of political prisoners of conscience in Russia and was instrumental in launching Havel’s Place in St. Patrick's Park in Dublin to memorialize Vaclav Havel’s velvet revolution; the a non-violent transition of power in what was then Czechoslovakia.

Tim founded Productions New York LLC in 2006 and currently serves as the president.  Earlier in his career, he worked as a production executive at the Walt Disney Company / ABC.  Prior to that, Tim toured the world with leading artists such as U2, Bon Jovi, The Who, and Van Halen settling each show and promoting human rights and democracy around the globe. Mark de la Iglesia is a senior program officer at the Open Society Foundations, where he supports organizations that fight international corruption and kleptocracy. He previously worked as a senior program manager at the National Democratic Institute, advancing democratic governance projects in the areas of legislative strengthening, government transparency, and civic technology. Mark also worked as a legislative affairs director at the U.S. Department of State and as a legislative director and foreign policy adviser for U.S. Rep. Adam Smith. He earned a master’s degree from Princeton University’s School for International and Public Affairs, and a bachelor’s from Northwestern University. A native of Washington State, Mark has volunteered on U.S. voting rights campaigns and various other democracy reform efforts over the years. Donald Marron is an Institute fellow and director of economic policy initiatives at the Urban Institute. He conducts research on tax and budget policy and identifies opportunities for Urban to develop policy-relevant research on economic and financial issues. From 2010 to 2013, he led the Urban-Brookings Tax Policy Center. He has testified frequently before Congress, and works to popularize economics through his blog and writings. He is a senior research fellow at the Climate Leadership Council and the editor of 30-Second Economics and 30-Second Money, two short books that introduce readers to the most important ideas in economics and finance.

Donald has served in senior government positions, including as a member of the President's Council of Economic Advisers under George W. Bush and acting director of the Congressional Budget Office. He has also taught at the Georgetown Public Policy Institute, the University of Chicago Graduate School of Business, and the University of Maryland; consulted on major antitrust cases; and served as chief financial officer of a health care software start-up. He studied mathematics at Harvard College and received his PhD in economics from the Massachusetts Institute of Technology. David Wilner co-founded Wind River Systems in 1981 and for many years was its Chief Technical Officer. He is a recognized expert in the field of real-time software engineering. Before founding the company, Mr. Wilner was a Senior Staff Scientist at the Lawrence Berkeley Laboratory. He is an expert on computers and technology, topics that are increasingly relevant to electoral reform. Dr. Purnima Chawla is the Founder and Principal of the Center for Nonprofit Strategies. She also co-directs the Tools for Engaging Landowners Effectively (TELE) program and serves as an Executive Mentor at the Miller Center at Santa Clara University.  Purnima has helped a broad range of nonprofits and social businesses to make strategic leaps to scale up their impact and negotiate periods of change and growth. She has also designed and executed several ground-breaking campaigns to raise awareness of health and environmental issues. Her clients include nonprofits like the American Diabetes Association (ADA), the William and Flora Hewlett Foundation and the ONE campaign; government agencies like the CDC and NIH; and socially responsible corporations like Johnson and Johnson. Prior to starting the Center, Purnima held senior management roles at marquee PR firms like Porter Novelli and Equals Three Communications. Danielle Allen is a professor of public policy, politics, and ethics at Harvard University, Director of the Edmond J. Safra Center for Ethics, and James Bryant Conant University Professor, one of Harvard’s highest honors. She is also a seasoned nonprofit leader, democracy advocate, national voice on pandemic response, distinguished author, and mom. Danielle’s work to make the world better for young people has taken her from teaching college and leading a $60 million university division to driving change at the helm of a $6 billion foundation, writing for the Washington Post, advocating for cannabis legalization, democracy reform, and civic education, and most recently, to running for governor of Massachusetts. During the height of COVID in 2020, Danielle’s leadership in rallying coalitions and building solutions resulted in the country’s first-ever Roadmap to Pandemic Resilience; her policies were adopted in federal legislation and a Biden executive order. Danielle made history as the first Black woman ever to run for statewide office in Massachusetts. She continues to advocate for democracy reform to create greater voice and access in our democracy, and drive progress towards a new social contract that serves and includes us all. Her many books include the widely acclaimed Our Declaration: a reading of the Declaration of Independence in defense of equality and Cuz: The Life and Times of Michael A. 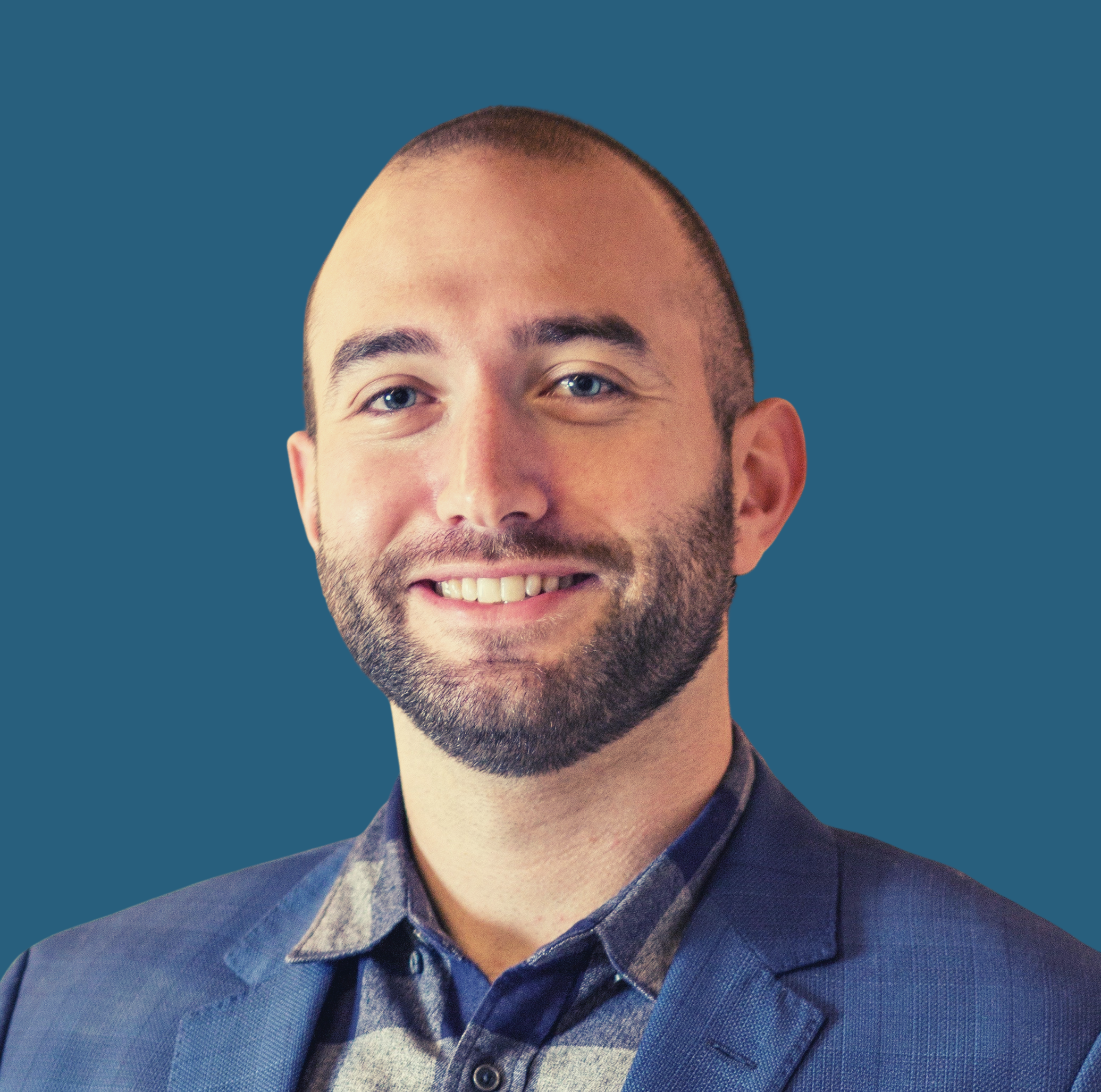 Jake is a partner at Found & Co, a venture studio that funds and builds early-stage impact startups. Jake is also a principal at Temerity Capital Partners where he advises their impact portfolio. Previously, Jake founded ChangeRoots, a political donation app designed to combat toxic partisanship. Before ChangeRoots, Jake helped launch Asurity Technologies, a fintech startup helping lenders make fair loans to borrowers. Jake started his career in politics as a campaign consultant and lobbying on behalf of county governments. Debbie recently retired after seven years of serving as General Counsel of Amalgamated Bank in
New York. Debbie worked at Amalgamated, America’s socially responsible bank, for 15 years.
Before joining Amalgamated, Debbie served as counsel in the law firm of Lowenstein Sandler in
New Jersey, where she specialized in commercial litigation. Earlier in her career, she served as
an enforcement attorney with the federal Office of Thrift Supervision. She holds a bachelor’s
degree in History from Georgetown University and a law degree from New York University. She
also has volunteered for the Georgetown alumni association, Election Protection, and the
Association of Corporate Counsel.