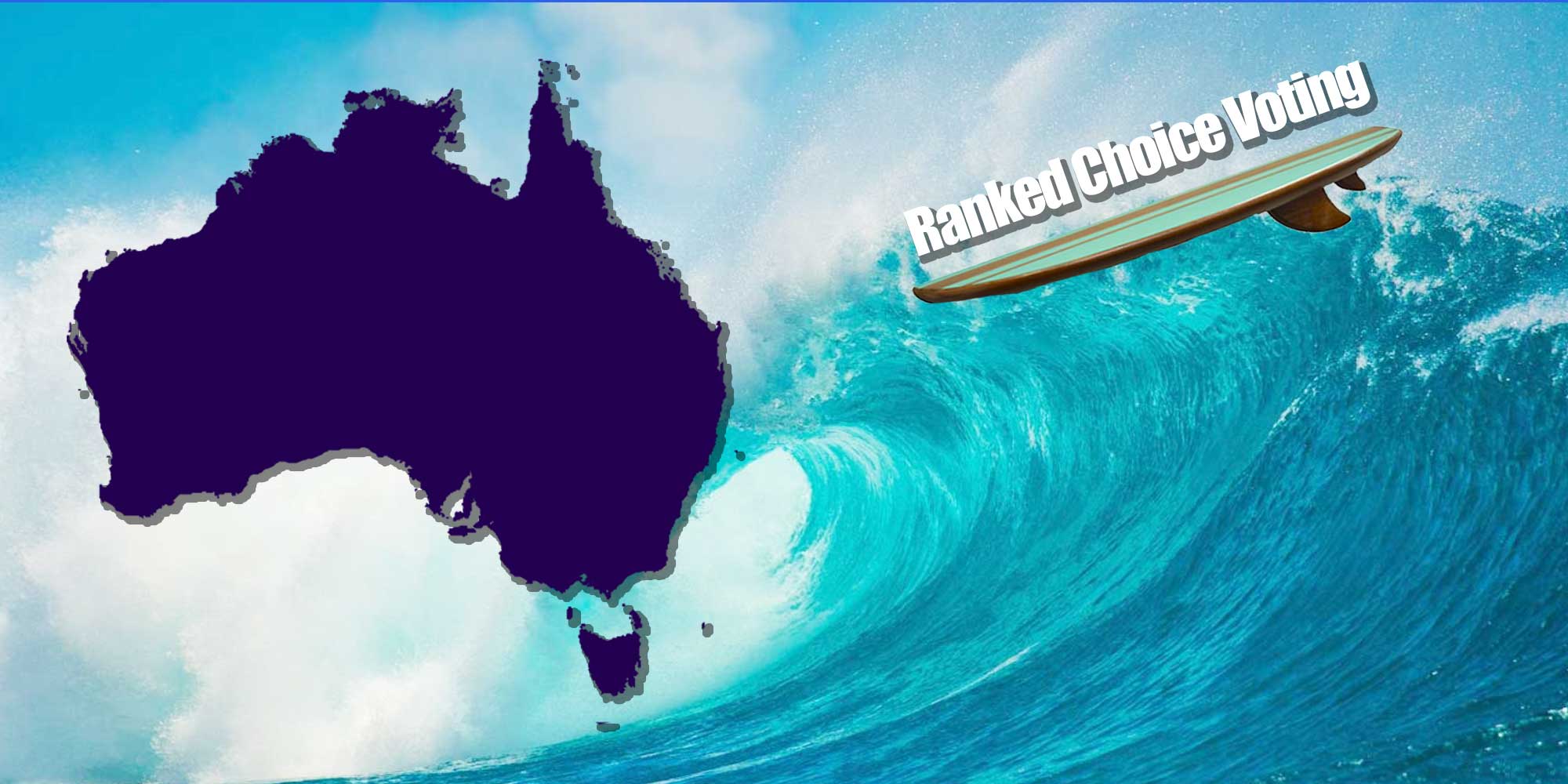 Surprise and even shock characterized reactions to Australia’s weekend election results. Unlike what many pollsters predicted, conservative prime minister Scott Morrison won re-election against the left-leaning Labor Party opponent Bill Shorten, with Morrison’s conservative coalition between the Liberal and National parties appearing to clinch a decisive 77-seat majority in the country’s House of Representatives, according to preliminary and unofficials results from the Australian Electoral Commission.

But as closer inspection reveals, the seemingly topsy-turvy results in the land down under are in fact right in line with the ranked choice method which Australia has perfected over the last century of use. It’s also the fifth election in which conservative parties have trumped more left-leaning groups, underscoring that the voting system does not inherently benefit liberals.

In many of the 151 House districts, each of which use single-winner RCV (or “preferential voting” in Australian terminology,) no candidate secured a 50 percent majority in first choices alone. Instead, it was the backup choices of those who supported the many other trailing candidates on the ballot that led to more projected victories for conservative coalition candidates, giving the Liberal Party the requisite 77-seat majority.

Under the Australian system, the party in the majority in the House determines the country’s governing leader, or prime minister. If no party wins at least 76 seats in the 151-seat House, it must form a coalition to win the coveted leadership role.

The inability for candidates to win an outright majority of votes was the impetus for the adoption of RCV in Australia 101 years ago, one that can be credited to the conservative movement. After seeing the two conservative parties’ candidates split votes, giving rise to a non-majority winner from the Labor Party in a 1918 by-election, conservative party leaders banded together to propose a preferential system that would require majority rule by factoring in backup choices. The Senate also uses RCV in its multi-winner form, with the option for a party-supported ranking instead of individual preferences and with a key recent change encouraging voters to do more of their own rankings.

Fast forward 101 years, and the once three-party system has flourished into one that, as of last weekend’s ballot, saw an average of nearly seven candidates in house races and roughly 40 parties represented on ballots in total as well as a number of unaffiliated candidates. And unlike in the U.S. - none are plagued by the ‘spoiler’ label or under pressure to drop out. Instead, many candidates earn first choice support from voters, and even seats in the House, thanks to the ranked choice system that also lets voters rank the major parties’ candidates.

Given the sheer number of names on the ballot, it’s no surprise that few earned a majority in first choices alone. Early national results show that the most first choices for Labor Party candidates, followed by the conservative Liberal Party, then 10 percent for The Greens. Together, the two major parties earned 61 percent of the vote. But while Labor Party candidates nationwide led in first choices, back up choices, including those from fellow conservative coalition National Party, helped more Liberals reach the 50 percent threshold to win office, and with it, the seat of power for its prime minister.

And yet, despite what appears to be a clear majority in the House, the country will by no means cede its diversity of viewpoints and voices to a single conservative group. Liberals, independents and minor party candidates also appear to have secured a number of seats, including the notable projected upset victory for independent Zali Steggall who unseated incumbent and former prime minister Tony Abbott.

Only half of senate seats were up for election, with winners needing about a seventh of the vote in elections for six seats. The conservative Coalition gained seats there as well, along with Greens having their 10 percent of the national vote lead to a more accurate reflection in outcomes.

From the seemingly surprising victory for a conservative party to polarizing candidates and hot-button issues of immigration and climate change, much of Australia’s most recent elections reflects the climate of the United States during the 2016 presidential campaign. Yet the similarities also shine a spotlight on the importance of the candidates election method in shaping the next steps of such a political narrative. Rather than sticking to an isolated and increasingly polarized base, Australia’s candidates were forced to build coalitions and campaign across party lines. Even with a majority of conservative party representatives, liberal and minority party representatives still can influence the debate and resulting decisions. And such decisions hold the assurance of being made by an elected group of leaders with a strong mandate to govern, just as the early leaders who instituted a ranked choice system had hoped.