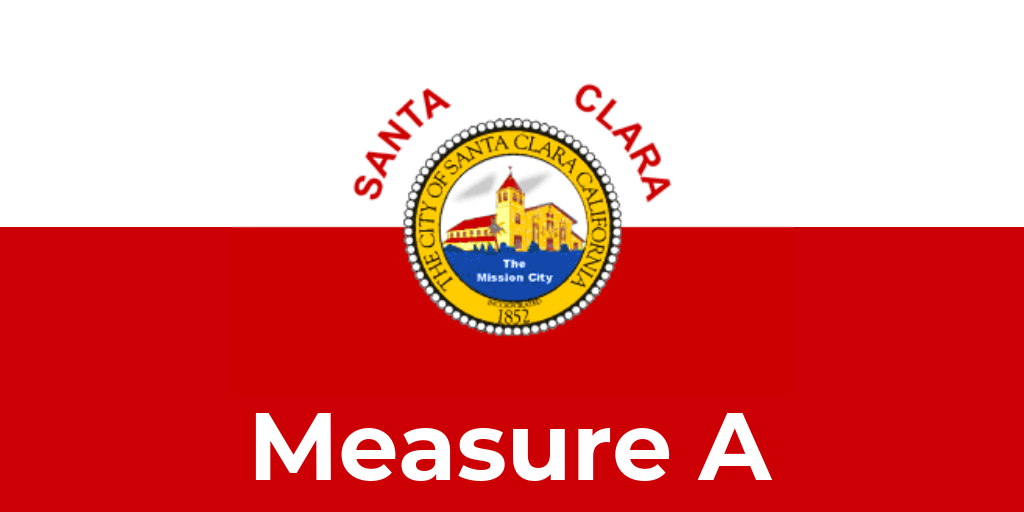 Voters in Santa Clara, California will make a potentially groundbreaking decision on June 5. Santa Clara, a large, diverse city near Palo Alto, will vote on Measure A, a charter amendment to adopt ranked choice voting (RCV). Measure A would adopt RCV for all of Santa Clara’s municipal officers, including mayor. Most notably, however, is how it would change the Santa Clara City Council. Instead of the Council being elected at-large by winner-take-all “numbered posts,” Measure A would elect the Council using the fair representation, single-transferable vote form of RCV in three-winner districts. Today, FairVote published a new short report assessing the impact of a proposed charter amendment in the City of Santa Clara, California. Download and read the report here.

This way of using RCV breaks up winner-take-all politics. Instead of one group having the power to sweep every seat being elected, results are more proportional. If a majority of voters rank the same candidates, they will win a majority of the seats, but not all of them. If a substantial minority of voters (at least 25 percent under Measure A) rank the same candidates, they will earn a share of seats closely tracking their share of their vote.

If Measure A passes, Santa Clara will be the first city to adopt multi-winner RCV since the 1940s. The system was a part of progressive era reforms - in the early 20th century. Two-dozen cities in the United States have adopted multi-winner RCV for the election of their city councils, beginning with Ashtabula, Ohio in 1915, and eventually including major cities like Cincinnati and New York City. As the progressive era transitioned into a period characterized by racial tensions and fear of communism, most uses were repealed, though Cambridge, Massachusetts continues its use of the system to this day since the 1940s.

Because the system is designed to promote fair representation of groups in the minority, including communities of color, it has particular significance for places with racially polarized voting. In such places, winner-take-all elections exaggerate the influence of the ethnic majority group - potentially to the point of violating the Voting Rights Act. Indeed, a court recently found that to be the case in Santa Clara. There, Asian American voters make up a substantial proportion of the electorate, yet no Asian American candidates have won election to the city council since 1951. Careful analysis of voting patterns shows that white voters overwhelmingly do not vote for otherwise qualified Asian candidates, and the winner-take-all voting method used in Santa Clara allows them to shut the community out of power there. As a result, the system used in California was found to violate the California Voting Rights Act. To see how Measure A might change that, we used L2, a voter data provider, to approximate participation rates of Santa Clara’s major ethnic groups in order to determine what kinds of influence these groups would have under Santa Clara’s new proposed district map. The map divides Santa Clara into a southern district (District A) and a northern district (District B). In each district, three candidates will win election, each with their own share of the electorate that must constitute at least 25 percent of the votes cast. That means that any minority group making up more than 25 percent of the electorate would have the power to elect a candidate of choice completely on their own, even if no other voters vote with them. It also means that no one majority group will be able to elect all three seats unless it can pull together a coalition amounting to more than 75 percent of voters.

By the 2014 and 2016 turnout numbers, we would project the most likely outcome overall to be the election of three total white candidates of choice, two Asian American candidates of choice, and one Hispanic/Latino candidate of choice. This is not a prediction as to what specific candidates would be elected - that is in the hands of the voters. It is, however, a statement about the increased power these communities will likely have when they cast their votes.

Although not relevant to Measure A, we also considered the impact of electing all six members of the City Council at once in a citywide election. That would be closer to the way Cambridge presently conducts its elections. Under that approach, each candidate would need only slightly more votes to win (probably about 5,000 votes, compared to about 4,300 in either district under Measure A), and they would have the entire city to draw from for support. We would project roughly the same electoral power for communities of color under that approach - that is, Asian American voters would have the power to elect two candidates of choice while Hispanic/Latino voters would have the power to elect one. As noted in an independent analysis from Tufts University, this approach would allow for Santa Clara’s East Asian and South Asian populations to have more power independent of each other. However, it would be more important to hold the elections in presidential election years, which often have more equitable turnout.

The actual numbers of candidates of choice elected will depend on candidate recruitment, the extent of collaborative campaigning, and the degree to which voters are willing to cross-rank candidates from different communities. Fortunately, the track record of ranked choice voting in the California Bay Area suggests that communities of color will be able to use the new system to great effect. Since RCV was adopted in San Francisco, Oakland, Berkeley, and San Leandro, those cities have seen a surge in the election rates of candidates of color. Before RCV, candidates of color had won about 38 percent of seats. With RCV, they have increased that to 62 percent of seats. They have increased their vote share across districts that are plurality-minority, plurality-white, and majority-white. The biggest difference has been in the plurality-white districts, where voters of color constitute a majority of the district, but each group individually can be outvoted. Before RCV, candidates of color won seats in these districts about 30 percent of the time; with RCV, that has increased to 60 percent of the time.

All this suggests that multi-winner ranked choice voting, as implemented through Measure A, holds the potential to convey significant political power to Santa Clara’s diverse communities. It can accomplish this without the need to divide the city further than two districts, all while also better ensuring the election of a mayor favored by a majority of the city.

For more details, see our new short report: Santa Clara’s Measure A and Impacts on Communities of Color.