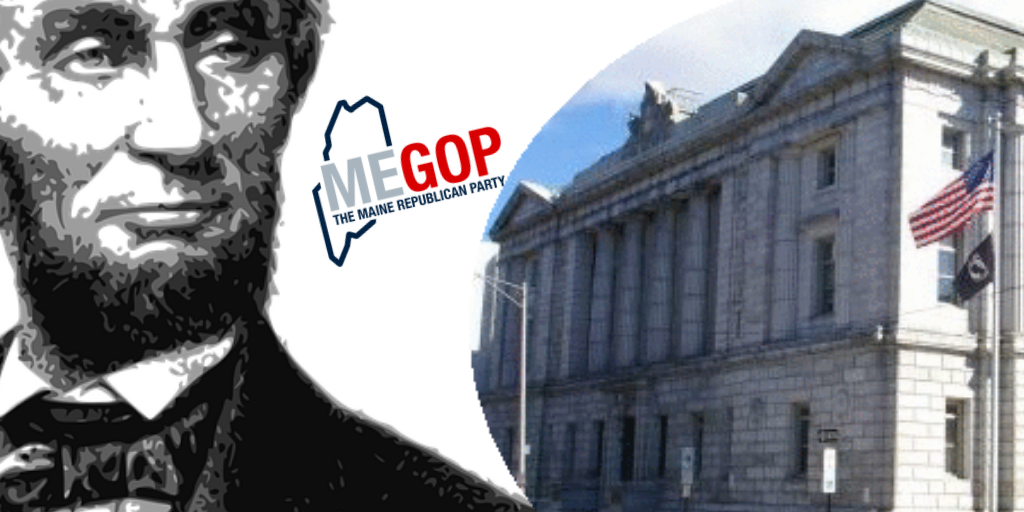 Abraham Lincoln made an unexpected appearance in court this week. In Maine, where voters adopted ranked choice voting for statewide elections in 2016, opponents of the law have filed a third lawsuit to undo the successful ballot initiative. The most recent challenge was brought by the Maine Republican Party, which claims that the law would violate its First Amendment right of free association by requiring it to use RCV in primary elections.

Enter the Great Emancipator. On Monday, the Party filed a motion asking the court for an injunction to stop the use of RCV in its upcoming June primary election. Ranked choice voting, the filing claims, would change “the character of the party by changing its election process, and therefore its nominee, (and) strikes at the heart of the party’s right to freedom of association.”

“One need only consider what would have happened to the Republican Party – and the country – if Lincoln had not been its nominee in 1860,” the Party argues in the motion. “Changing election outcomes and election messaging is the only purpose the RCV Act serves.”

There is a special kind of irony in this argument. The Republican National Convention of 1860, like other presidential nominating conventions of the era, didn’t select nominees by plurality (as Maine primaries did before the voters adopted RCV) but through repeated rounds of balloting, continuing until one candidate won majority support.

If the convention had selected its nominee by plurality, then the Republican nominee in 1860 would not have been Abraham Lincoln at all, but U.S. Senator and former New York Governor William H. Seward.

Seward, who had long been a nationally-known figure, was widely expected to be the nominee. Lincoln, whose national political experience until that point consisted of a single term in the House of Representatives, lacked Seward’s reputation and prominence. After the first round, Seward had a commanding lead in delegates, holding 173.5 votes (or about 37.3 percent) to Lincoln’s 102 (about 21.9 percent).

Had the convention ended there, with the nomination going to the plurality winner in the initial tally (effectively what the lawsuit is seeking for the June primary), then the nomination would have gone to Seward. But Seward had his detractors and faced a ceiling of support. Lincoln’s support steadily grew after several rounds of balloting as support from other candidates coalesced around him, allowing him to eventually secure majority support and the nomination.

Like RCV, the convention’s voting method allowed voters to throw their support behind other candidates if their first choice didn’t receive enough votes to win, ensuring the eventual winner would have the support of the majority of delegates. (In fact, Robert’s Rules of Order suggests the use of RCV, which it calls “preferential voting,” when repeated balloting is infeasible. That’s why hundreds of private organizations and political parties across the world use RCV to elect their leadership.)

Of course, the important question is not how presidential candidates were nominated 168 years ago. Historical counterfactuals are fun thought experiments but this lawsuit, like the others before it, raises fundamental issues that go to the heart of our democracy. Should the will of Maine’s voters be respected when they vote to have elections that uphold majority rule and consensus? Should the electorate get a say in how elections--elections funded by taxpayer dollars--are run?

Maine’s voters have made it clear how they want to nominate candidates. As Lincoln himself is credited with saying: "Elections belong to the people. It's their decision."